(Writer’s Note: This preview can be seen in a text-only format at the STATS Hosted Solutions site. I am adding edits, projected starting lineups, odds-related picks and a final score prediction for the match for this website.)

Looking for both a third consecutive victory in league play and improvement defensively, Arsenal also hope to extend the struggles of Newcastle United on Saturday when the teams collide at St James’ Park. 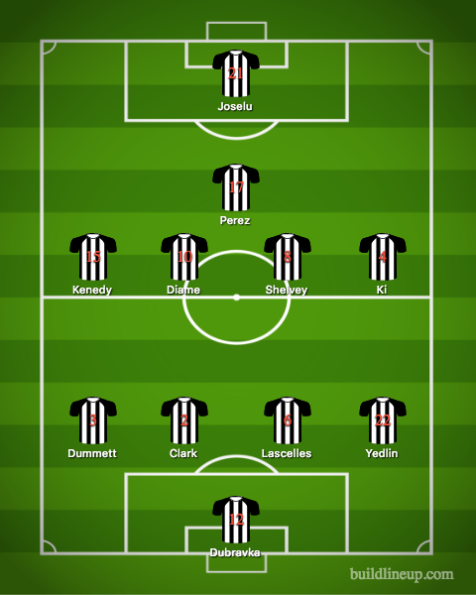 The transition from Arsene Wenger to Unai Emery at Arsenal (2-0-2) has had its ups and downs. Emery has held fast to a 4-2-3-1 formation to make the most of his impressive array of attacking options, but the back six when including holding midfielders Granit Xhaka and teenager Matteo Guendouzi have been at times inconsistent, insipid and ineffective.

The Gunners have yet to record a clean sheet, some of which can also be attributed to veteran keeper Petr Cech learning how to play out of the back on the fly, but there have been too many breakdowns to believe Arsenal are going to find a route to the Champions League through domestic play and a top-four finish.

Emery’s faith in Xhaka over summer signing Lucas Torreira continues to be questioned, with the Switzerland international racking up three yellow cards in the four league matches. The push and pull of the two players will continue to be scrutinised as Arsenal embark on their Europa League adventures for a second straight season next week, facing Ukraine side Vorskla in their group opener at home Thursday.

“I appreciate people that want to try and help Arsenal achieve more because I know Arsenal is a team that has to be playing in the Champions League and is a team that has to fight for trophies in England. What we’re trying to do is to bring the Arsenal level back,” winger Henrikh Mkhitaryan said to Arsenal Player.

Emery’s other notable decision before the international break was starting strikers Alexander Lacazette and Pierre-Emerick Aubameyang together for the first time, and both players scored in their 3-2 victory at Cardiff City. Lacazette bagged the winner nine minutes from time with a sharp turn in the penalty area before lashing a shot inside the upper near post on the right side.

While he is still at least six weeks away from returning, there was some good news during the international break as defender Laurent Koscielny has resumed practising. The France international ruptured his Achilles in last spring’s Europa League semifinal versus Atletico Madrid, costing him the chance to be on Les Bleus’ World Cup-winning side.

The international break split up a murderous three-match run for Newcastle United (0-1-3), who enter this match looking for a route out of the bottom three. The Magpies took on a defensive shell with five at the back as they tried to nick points from both Chelsea and champions Manchester City in the previous two matches, and while they were level at points in both matches, they failed to secure those draws in back-to-back 2-1 defeats.

Now facing an Arsenal side that has shown to be fragile at the back, the hedge is Newcastle manager Rafa Benitez is going to play positive football and hunt out goals going forward as opposed to solely on the counter. Much of that belief, though, hinges on the availability of midfielder Jonjo Shelvey.

Shelvey missed the matches against Chelsea and City due to a thigh problem, and the international break came at an opportune time as Benitez forced the England international to take a break from footballing to get near 100 percent health.

“Jonjo is the kind of player who wants to play in every game and he has been training, but at the same time there is a problem,” Benitez explained to the Chronicle Live. “We don’t talk about his quality, we talk about his fitness. He has the quality to do it, but he has to be fit because we play against another top side who moves the ball very quickly.”

Benitez is not expecting attacking midfielder Matt Ritchie to be available, with veteran Sung-Yueng Ki likely to fill in that spot as the Spaniard vacillates between using a 4-2-3-1 formation and 4-4-1-1 set-up. That “one” in both options would normally have been Salomon Rondon, but with the Venezuela international not expected back to Tyneside until Thursday following his brace in a win over Panama, Joselu could be in the first XI with Rondon among the substitutes.

That also holds true for right back DeAndre Yedlin after he made a late appearance for the United States in their 1-0 victory over Mexico on Tuesday night.

“This period is quite difficult,” Benitez said. “(Christian) Atsu is back now and was training on Tuesday and then on Wednesday we have a couple more problems but DeAndre and Rondon will come late. It will be difficult for us because sometimes they come to us and they say ‘I’m fine’. But they can be tired.”

Newcastle snapped a 10-match losing streak in league play with a 2-1 victory in April in last season’s corresponding fixture as Lacazette and Ayoze Perez traded goals in the first half-hour before Ritchie scored the match-winner on 68 minutes. Arsenal had been unbeaten in their previous 10 visits (6-4-0) to Tyneside in all competitions and 12 matches (10-2-0) overall in the rivalry.

Per Ladbrokes, Arsenal are solid favourites at 20/23 odds, and Newcastle are listed at 29/10 to take all three points for the first time this season. The odds of the teams splitting the points are 27/10.

Oddsmakers are sensing Newcastle are vulnerable at the back, evidenced by the 17/10 odds on Arsenal winning with more than 2.5 goals. There are also 4/1 odds for both an Arsenal win under 2.5 goals and a 0-0 or 1-1 draw.

Aubameyang is the frontrunner for first-goal honours at 7/2, followed by Lacazette (9/2). Unsurprisingly, Joselu and Rondon share joint-favourite status for the host Magpies to make it 1-0 at 13/2. Aubamyeang is close to even money for a goal over the course of 90 minutes at 11/10, with Lacazette close behind at 6/4. Joselu and Rondon are listed at 21/10 odds to find the back of the net at some point for Newcastle.

Does he unleash Newcastle? That is the £64,000 question around Tyneside as people posit theories on whether Benitez will let the Magpies venture forward against an Arsenal defence that has had their problems over the first four matches.

Having Shelvey back, though, will be a huge plus for Newcastle. His vision for long diagonal passes could prove vital to stretch Arsenal’s back line or find the gaps between the midfield paring of Xhaka and Guendozui and the back four.

Arsenal’s advantage is that there is nothing about Newcastle’s defence that strikes fear in an opponent. Lascelles is good, yes, but one would expect Aubameyang to give Yedlin a torrid time on the left flank while forming triangles with Ramsey and Lacazette. It may be a case for the third straight match where Newcastle put themselves in position to claim a point but fail to do so late.