Jolted back to reality after their shocking home loss to Lyon a fortnight ago to open Champions League group play, a relatively well-rested Manchester City side look to make things right and get back into the thick of the Group F race Tuesday when they face Bavarian side Hoffenheim 1899. 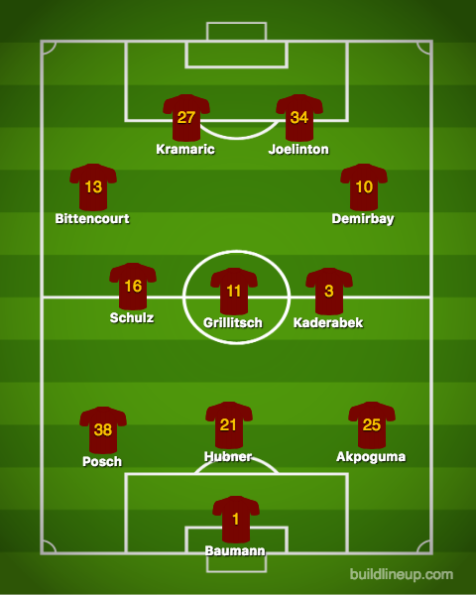 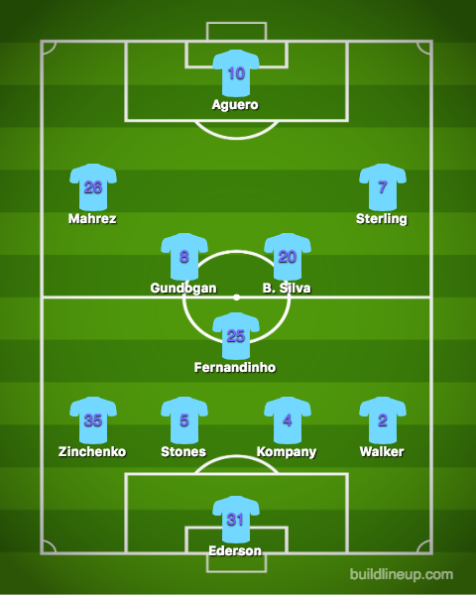 After many pundits figured City would walk through a group that featured relatively unassuming opponents in the French side, Ukraine club Shakhtar Donetsk and Hoffenehim, Lyon turned all those projections upside down with a 2-1 victory at the Etihad.

The defeat left the Citizens looking up at the rest of the group while Guardiola looked on from the stands that day, serving his one-match touchline ban for his dismissal in the second leg of last season’s quarterfinal loss to Liverpool.

“We have five finals ahead in the group stages,” Guardiola said at his Monday news conference in Germany. “In the Champions League, we don’t have time to lose a lot of games. Tomorrow is the first final.

“We need to review the game against Lyon. Maybe in the first half, we were not like we normally are. It’s the Champions League so all of the teams are good. I give credit to the opponents.”

English opponents bore the brunt of City’s frustration in the interim as the reigning Premier League champions scored 10 goals without reply in league victories over lightweights Cardiff City and Brighton and Hove Albion around an easy Carabao Cup triumph over League Two side Oxford United.

Raheem Sterling and Sergio Aguero scored the goals for Manchester City in their 2-0 victory over Brighton and Hove Albion on Saturday, but the bigger surprise was Leroy Sane cracking the starting XI and creating all sorts of havoc on the left flank. The surprise omission from the Germany World Cup squad set up Sterling’s goal just before the half-hour with a lovely cross that Sterling needed only to tap home from the doorstep to open the scoring.

There are some concerns about Aguero’s availability since the Argentina international was lifted in the second half as a precaution due to a knock. Oleksander Zinchenko is expected to complete a rare treble of playing in the Carabao Cup, Premier League and Champions League in successive matches as the left backs ahead of him on the depth chart — Benjamin Mendy and Fabian Delph — were not included on City’s traveling roster.

Central defenders John Stones and Vincent Kompany should be well-rested after being held out of the win over Brighton. Sane will likely return to the bench, with Riyad Mahrez expected to be restored on the left wing as City look to start moving beyond a Champions League stretch that has seen them win just one of their last six matches in continental play.

Hoffenheim are off to an uneven start in the Bundesliga, currently in 12th place with seven points through six matches while scoring and conceding 10 goals. Die Kraichgauer had a three-match winning streak in all competitions end over the weekend with a 2-1 loss at home to RB Leipzig.

The match had an interesting side angle since it was played between manager Julian Nagelsmann’s current team and the one the 31-year-old will take over in the 1919-20 season after accepting the job in June. Andrej Kramaric helped Hoffenheim avoid a shutout with a stoppage-time penalty after Youssef Poulsen struck for a second-half brace for the visitors.

“I can live with the result reasonably because of the second half,” Nagelmann told Heidelberg24. “But I think we had the better and clearer chances, so a draw would have been definitely worth it.”

Defender and talisman Kevin Vogt is not expected to play after sitting out Sunday’s defeat due to injury, but Nagelmann is optimistic his team’s play in the second half in terms of creating chances offensively will bode well for Hoffenheim in this contest.

“Kevin Vogt thought he might have been okay after the game on Saturday, but the doctor took a lot of fluid out of the muscle and he’s out,”  Nagelsmann told AFP.

This will be just Hoffenheim’s third match at home this term, having beaten FC Freiburg 3-1 on Sept. 1 and playing Borussia Dortmund to a 1-1 draw on Sept. 22. Joelinton and Adam Szalai have combined for seven goals across all competitions, with the target forward and Hungary international Szalai looking to end a seven-match goalless drought since a brace against Freiburg.

Per Ladbrokes, City are solid 1/3 favourites to level their record and return to England with three points. The odds of a draw at 17/4 are slightly better than Hoffenheim protecting its home pitch and taking all three points at 13/2.

Oddsmakers are also counting on goals to be scored as a City victory with more than 2.5 goals is a runaway favourite with 7/10 odds. A 1-0 or 2-0 victory for the visitors returns 4/1 odds, while a draw under 2.5 goals is at 7/1. The odds of a 2-2 draw and higher or Hoffenheim victory over 2.5 goals are 11/1, while a defensive stalemate in which the German side wins is a distant 22/1 longshot.

Aguero leads the line for first-goal choices at 14/5, slightly better than teammate Gabriel Jesus (16/5). Sterling rounds out the top three at 7/2, followed by fellow City attacking players Mahrez (9/2) and Sane (5/1). One has to scroll down to ninth to find the first Hoffenheim options, which are Kramaric and Joelinton at 10/1.

Aguero, Jesus, and Sterling are all better than even money odds to find the back of the net, with odds of 4/6, 5/6, and 19/20, respectively. Mahrez edges out Sane for third at 13/10, just ahead of the German who is 7/5. On the Hoffenheim side, Kramaric edges out Joelinton as the top choice, with the Croatian getting 11/4 odds compared to Joelinton’s 13/5.

Beyond working out the frustration of their surprising loss to Lyon, that defeat can also be chalked up to as much as Guardiola not being on the touch line for that match as much as it was Lyon playing above themselves and keeping City well-contained. But this should be a bounce-back match for Guardiola, returning to a country where he enjoyed his time while at Bayern Munich and winning everything but the Champions League.

It will be interesting to see if Guardiola rewards Sane with a second straight start at the expense of Mahrez after his impressive performance against Brighton. The Germany international brings a wealth of pace, though Mahrez’s playmaking skills may be the better option to set up Sterling and Aguero in a three-quarters role on his favoured left side.

This is not exactly a free shot for Hoffenheim despite getting a draw in their group opener at Shakhtar Donetsk, but a loss is not going to be the end of the world in terms of advancement hopes. The German side have yet to record a clean sheet in any match this term, and not having Vogt in the centre of the back line as he continues to be sidelined with a thigh injury is a huge blow.

City would like to get Aguero going. The South American striker has seven goals in 10 Champions League matches against German teams, but six of them have come in two home matches — in 2014 versus Bayern Munich and in 2016 versus Borussia Monchengladbach. Aguero likely will not need a hat trick for a City victory in this match, but a brace would most assuredly see them through for three points.