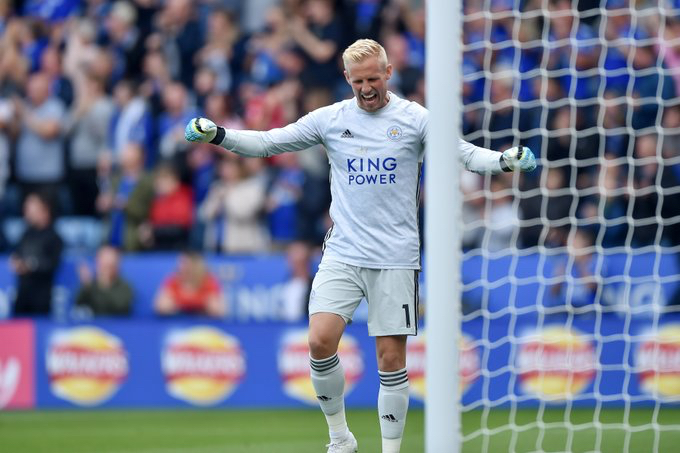 Through eight matches and a pair of agonising defeats to Big Six sides, it is clear Leicester City have the talent to claim a European place for next season. The Foxes get a test to their temperament for those chances Saturday at home versus Burnley, who have continental aspirations of their own for the second time in three years.

The Foxes (4-2-2) are currently atop a three-way tie on 14 points over Chelsea and Crystal Palace. They went into the international break on a down note, losing 2-1 at Anfield to Liverpool on Oct. 5. But there was a silver lining from that defeat as the Foxes took the match to the reigning European champions.

The chance to be the first team to take points off Liverpool, however, went by the wayside as Marc Albrighton’s foul on Sadio Mane led to a stoppage-time winning penalty from James Milner – the last player current Leicester boss Brendan Rodgers signed before being sacked at Liverpool.

“We’ve started the season well and we’re trying to grow and develop a way of playing that’s similar to a big team,” Rodgers told the team’s official website. “Of course, we don’t have the resources and everything else that goes with it, but we can still impose our way of working. The big thing is having personality.

“To show that personality and run Liverpool so close, we were deserving of a point today, so that’s good for us and our progress.”

It was a busy international break for most of Rodgers’ first-choice players. Keeper Kasper Schmeichel set a club record by appearing in his 51st international match for Denmark, while centre back Caglar Soyuncu helped Turkey move closer to qualifying for the 2020 Euros. Youri Tielemans went one step further as Belgium clinched a spot in the 24-nation field, and Ben Chilwell played the full 90 minutes in England’s 6-0 thrashing of Bulgaria.

Midfielder James Maddison had to withdraw from the Three Lions squad due to illness, but Rodgers said the 22-year-old – who briefly pulled Leicester City level at Anfield – has fuly recovered and should be available. Dennis Praet, who made his first international start with Belgium, is expected to return to the club Friday after staying behind for personal reasons.

Burnley (3-3-2) can potentially move into the top four with a victory and other results breaking their way, and the Clarets look more like the team from 2017-18 that claimed a Europa League qualifying spot by finishing seventh than the one that muddled through last term after falling short in that qualifying cycle.

“We’ve all worked hard in pre-season and not having European football has been a factor,” Ashley Westwood acknowledged to the club’s official website. “Travelling and getting back late ahead of the weekend, does take it out of you, but we’re not using that as an excuse and to be fair the lads have come back flying this pre-season.

“Everyone took that on board and wanted to prove people wrong. We weren’t happy with the start we made last season; nobody was, but we’ve made amends for that.”

Sean Dyche’s side are unbeaten in their last four league contests (2-2-0) and went into the break on the heels of a 1-0 victory over Everton. Burnley have been resolute on the road, posting draws in their last three contests after a 2-1 reverse at Arsenal, but the gaffer will be forced into some personnel changes for this contest.

The biggest switch comes at right wing, where Johann Berg Gudmundsson is set for an extended spell on the sidelines after suffering a hamstring injury on international duty for Iceland in European qualifying. Central midfielder Jack Cork is a doubt for the second straight match with a shoulder blade fracture, and striker Ashley Barnes will be a late fitness check due to groin tightness.

Dyche, though, is confident his club has the depth to deal with these issues without dipping in quality.

“I’ve had groups with individuals in and groups who have performed fantastically well over my time here,” Dyche said, “but if I look at a group of players for every position, where I honestly believe any player could play at any given time, then this is the closest we’ve ever had it.

“I think there’s a real fine margin between who’s got a shirt and who hasn’t at the moment and I think that’s a healthy position to be in.”

The Foxes took four points from the two matches last season but were held to a scoreless draw at King Power Stadium despite limiting the Clarets to one shot on target. Burnley are 0-4-4 in their last eight trips to the Midlands and have not scored there in 270 minutes since Ross Wallace’s stoppage-time equaliser in a 2-2 draw in 2014.