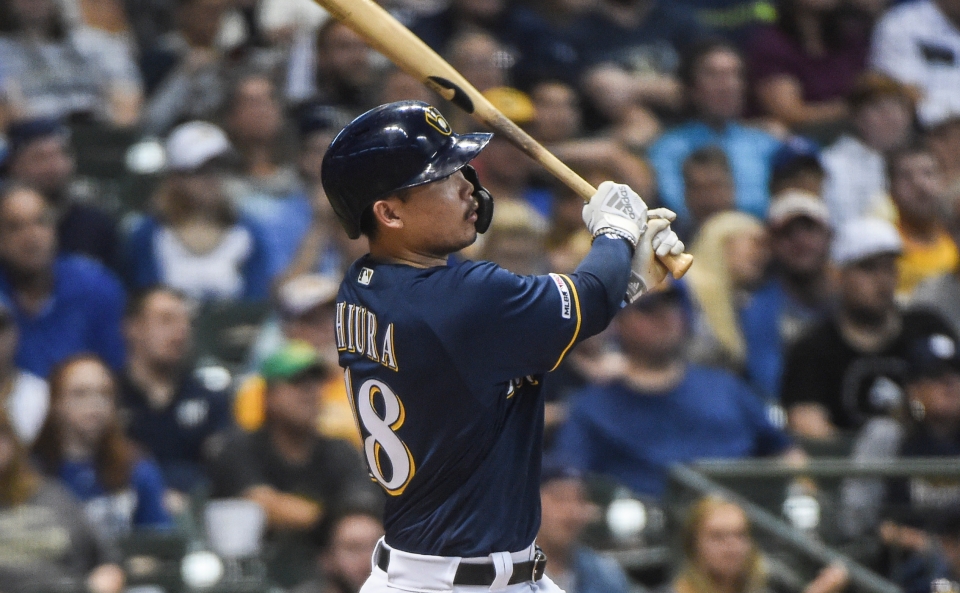 In the span of less than two weeks, the Milwaukee Brewers have gone from losing their best player and being outside the wild-card places to not only having the inside track on a playoff spot but having a margin of error as well.

The surging Brewers look to finish off a three-game sweep of the Pittsburgh Pirates and take another step closer to the postseason.

Pittsburgh (65-90) has dropped eight straight games and absorbed back-to-back 10-1 thrashings in the first two games of this series after Saturday night’s beatdown. Both the pitching and hitting have broken down simultaneously for the Pirates, who have been outscored 83-23 and are trying to avoid a second nine-game losing streak this season.

Pitching means almost everything to #Pirates pitcher Trevor Williams, but his work off the mound is equally important to him.https://t.co/ulOP5l7nCU

Trevor Williams (7-7, 5.59 ERA) is coming off one of his worst outings of the year after getting drilled for seven runs and six hits — two of them home runs — and three walks in just 2 1-3 innings of Pittsburgh’s 16-6 loss to the Chicago Cubs last Sunday. If there is any consolation, the right-hander will not have to face the Cubs until 2020 — Williams was tagged for 20 runs and 26 hits in just 13 1-3 innings in three matchups while losing two.

The righty did not fare much better in his lone start versus the Brewers this year, serving up a pair of gopher balls to Keston Hiura while allowing six runs in five innings of an 8-3 home defeat Aug. 7. Williams had entered that start with a 20-inning shutout streak versus Milwaukee and fell to 3-2 with a 2.57 ERA in six career starts.

Catcher Elias Diaz is day-to-day after suffering what appeared to be a twisted right knee in the fourth inning of Saturday’s loss. Pittsburgh has been playing without top offensive threat Josh Bell and Starling Marte, while Melky Cabrera is also sidelined with an unspecified injury.

The Brewers (85-70) have won 15 of 17 games, and while they are three games back of the St. Louis Cardinals in the NL Central race, they have now pulled three games clear of the Cubs — with the Cardinals’ help — in the race for the second wild-card spot with seven remaining.

Hiura and Trent Grisham homered for the Brewers, who have also won nine of 11 since losing 2018 NL MVP Christian Yelich to a fractured kneecap on Sept. 10. Milwaukee has scored five or more runs in seven of those games, hitting 15 homers to cancel out batting just .195 with runners in scoring position.

Brewers manager Craig Counsell is going to use the piggyback approach for the series finale, starting Brandon Woodruff (11-3, 3.69) for the first two or three innings before turning to left-hander Gio Gonzalez (2-2, 3.86). The duo combined for five shutout innings Tuesday night Milwaukee recorded a 3-1 victory Tuesday night over San Diego.

“I thought that was really impressive work by Gio,” Counsell told the Milwaukee Journal-Sentinel Online. “He had not done that in 10 years. We did change somebody’s routine that’s been (starting only) for 10 years. He threw three scoreless innings and handled it well. that’s impressive. I think it gives him confidence if that’s what we ask of him in October.”

Woodruff is 2-0 despite a 5.09 ERA in three starts versus Pittsburgh this season, but his most recent outing against the Bucs was his best one. He limited the Pirates to one run and six hits over 7 2-3 innings of a 3-1 home victory June 29.

Gonzalez has not faced the Pirates this season and is 4-2 with a 3.94 ERA in 11 career starts against Pittsburgh.

Short-handed, outmanned, and just plain disinterested, the Pirates have barely registered a pulse in this series. That is likely to continue in the series finale, with the Brewers steaming towards a return to the postseason while the Cardinals do them a solid at Wrigley Field.

Counsell’s decision to piggyback Gonzalez with Woodruff paid immediate dividends last start and should work again on top of having a well-rested bullpen after using seven different relievers in the first two games of this series.

An alternate line courtesy PointsBet.com, this is more about the lack of Pirates offense as they have been held to two or fewer runs in the first five innings in their last six at Miller Park and one or none in five of their last seven. The piggyback method Counsell is using causes some consternation, but Pittsburgh’s form is so wretched the belief is the Brewers will get ahead early and cruise.

Despite the Pirates seemingly mailing this series in, the under is the lean with the expectation Williams will revert to being tough against the Brewers after getting roughed up in the last matchup. If he gets through the first five innings, the under should have a solid chance to deliver, especially with Pittsburgh scoring one or no runs in five of the last seven games of this losing streak.

It is such a low number that it prevents an aggressive play, but there is no denying the Pirates are scuffling offensively. They have amassed 12 hits in the first two games of this series and been held to three or fewer runs in seven straight games at Miller Park.

Again, the expectation is for Williams to pitch better than he did in his last outing versus Milwaukee, a team he has fared well against historically. His recent road form prevents being aggressive, but the Brewers are the ones who have to do the heavy lifting given Pittsburgh’s poor form.

The Brewers have jumped out to first-inning leads in each of the last two games and even overcame a 1-0 deficit Saturday night. The expectation is they will get to Williams early while Woodruff and Gonzalez hold down the fort and help Milwaukee to an early lead.