Looking to build on an impressive victory last time out, Bournemouth visit a bogey ground in search of their first victory ever at Southampton when the two sides meet Friday night. 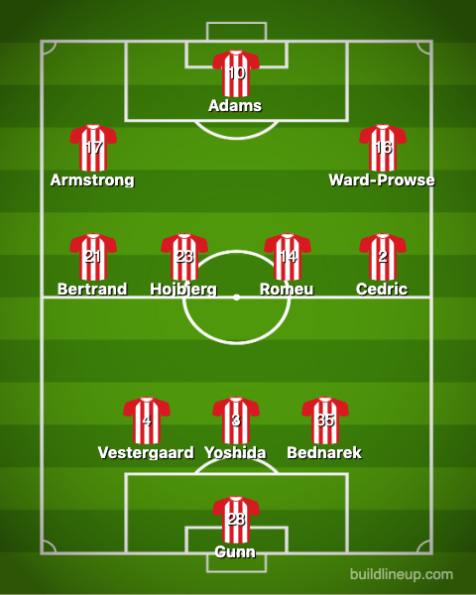 The Cherries (2-1-2) have shown a similar form that has marked most of Eddie Howe’s tenure while in the top flight – a capacity for scoring goals with equal inability to prevent opponents’ from scoring. Bournemouth, though, are seeking back-to-back wins after their most complete 90-minute effort of the young term in a 3-1 home victory over Everton on Sunday.

Substitute Ryan Fraser snapped a 1-all tie on 67 minutes with a deflected free kick past Everton keeper Jordan Pickford, and Callum Wilson completed his brace five minutes later as Bournemouth have scored and shipped in all five league matches – the only Premier League team to do so.

Wilson opened the scoring in the 23rd minute and has netted all three of his goals in the last two matches.

“I was really pleased. You don’t want to go too long without winning at home,” Howe told the club’s official website. “This league is hard enough but you are reliant on your home form and we’ve been unfortunate in the previous home games. It was a great win against a good team.

“I thought it gave us a sign of what we can be. I think we’re only going to get stronger this season when we have more players back from injury. The group is really strong when we have a full complement of players, we have options in every position.”

Diego Rico continued his bid to nail down the starting left back position following the long-term injury to Charlie Daniels, supplying the corner that resulted in Wilson’s first goal and the pass that sprung the England international for his chip to cap the scoring.

“In football, sometimes you have to wait for your opportunity and then take the chance when you get it. That’s what I’m trying to do,” said Rico, who has appeared in just 14 Premier League matches since arriving before last season. “I will keep training at the maximum and will give it everything on the training pitch so I can perform at the very best of my ability every time I am called upon.”

Bournemouth have never won at Southampton dating back to their first visit in 1953, totaling six draws and nine defeats in 15 matches. The Cherries have two draws and two losses in four top-flight matches at St Mary’s including a 3-3 stalemate last term in which Wilson completed a brace with an equaliser in the 86th minute after setting up Dan Gosling’s first-half marker.

Southampton (2-1-2) are looking to carry their road form back to St Mary’s, where they have taken one point from matches versus Liverpool and Manchester United. The Saints, though, are in high spirits after a 1-0 victory at promoted Sheffield United on Saturday that was their third away win via clean sheet on the trot in all competitions.

Moussa Djenepo has an early frontrunner for Southamtpon goal of the season as he fended off one defender and rounded two others before firing a low shot from 12 yards past Dean Henderson in the 66th minute to separate the sides.

“I think it was a very concentrated performance from every player. We had a different shape today again so it’s very interesting to see how quick the guys do what we tell them,” Southampton boss Ralph Hasenhuttl said to the team’s official website. “We were a little bit under pressure but in the end, after the goal, we were very calm on the ball, we tried to let them run and this is a step of development I want to see from my players because we have the players that can stay in possession.”

The Saints have won just five of 21 home matches (5-9-7) dating back to the start of last season, recording only three clean sheets in that stretch. While Djenepo has found the mark with goals in his last two contests, Che Adams was unlucky not to open his scoring account at Bramall Lane.

The 23-year-old had one effort hit the right post and a quality downward header clawed out by Henderson, but the midfielder is optimistic the goals will soon flow.

“The most important thing is I’m getting into good positions to score goals. Hopefully one will go in for me,” Adams told the Southern Daily Echo. “As a striker, these things happen, and you’ve just got to keep at it. We got the three points on Saturday and that’s all that matters.

Southampton are 3-4-1 against Bournemouth since the Cherries earned promotion to the top flight in 2015.

Odds and Ends from Ladbrokes