Meet the new boss, same as the old boss.

Watford have tasked one-time boss Quique Sanchez Flores to rescue the last-place side from their early doldrums as they come out of the international break with a challenging matchup Sunday against Arsenal at Vicarage Road. 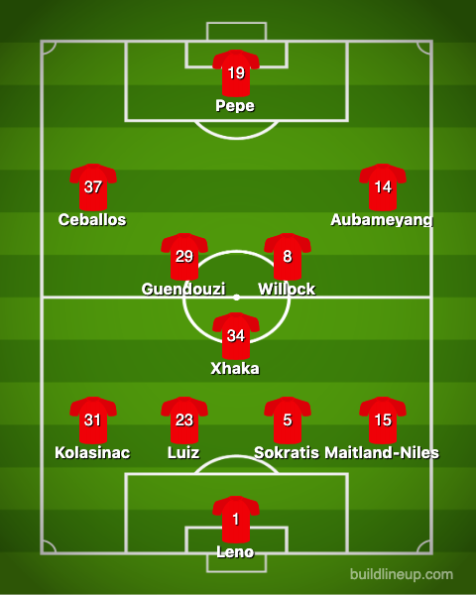 Flores took charge of the Hornets (0-1-3) in 2015-16 following their promotion to the Premier League and guided them to a 13th-place finish and spot in the FA Cup semifinals – a run that included stunning the Gunners 2-1 at the Emirates in the quarterfinals. The Spaniard, though, was let go at season’s end because of Watford’s poor run-in — they won just four post matches post-Boxing Day after reaching seventh in the table at the midway point.

Only six points separate Watford from seventh heading into this weekend, but the Hornets are one of two Premier League clubs without a victory as they sit at the foot of the table with one point through four contests. Javi Gracia, who also guided Watford to a spot in the FA Cup semifinals last term, was fired Sunday because team owner Gino Pozzo feared the team had “gone flat” and would be caught in a relegation scrap.

Firing coaches is nothing new at Vicarage Road under Pozzo, who let Flores go after the 2015-16 season when he exercised a break clause in his contract after they had safely secured a second season in the top flight. All told, this is the 11th managerial change since Pozzo took over the team in June 2012, with Flores the first to be brought back for a second go-round.

Some of the players Flores had in his first go-round are still on the Hornets, though talisman and striker Troy Deeney is currently on the mend after knee surgery last month. Another, defender Craig Cathcart, has been ruled out of the next two games with a thigh injury suffered playing with Northern Ireland in European qualifiers during the break.

“We need to use the players we have,” Sánchez Flores said at his first pre-match press conference since returning Friday. “The most important thing is to create a squad dynamic that we can use players when there are injuries, because to be injured now in football is very easy. It’s very hard, the competition, every single game. We are going to lose players of course during the season so for us the most important thing is to have this kind of mentality around players.”

Deeney’s return cannot come soon enough for Watford, who have found the back of the net just twice in their first four matches and totaled 12 shots on target. Andre Gray has one of those goals while record summer signing Ismalia Sarr has yet to open his account.

Pozzo could be counting on Sanchez Flores to give Watford the “new manager bounce” to get them through this fixture list before things settle down in mid-November.

Arsenal (2-1-1), meanwhile, will begin their third straight season of Europa League football following this match, having been denied entry into the Champions League by Chelsea in the final of the second-tier continental tournament last summer.

The Gunners learned just how much of a gap there is between themselves and a top-four finish before the international break, getting thumped by runners-up Liverpool 3-1 at Anfield before rallying for a 2-2 north London derby draw at home versus Spurs on goals by Alexander Lacazette and Pierre-Emerick Aubameyang.

The duo has accounted for five of Arsenal’s six goals in league play, with coach Unai Emery still waiting on Mesut Ozil to be the midfield link to his talented strike pairing. Ozil has yet to feature following a failed carjacking involving him and teammate Sead Kolasinac prior to the season opener in suburban London, though the former Germany international was available on the bench against Tottenham.

Lacazette, though, is expected to be out the remainder of the month due to a persisting ankle injury that is finally too much to overcome. That puts further pressure on Arsenal’s record summer signing – Nicolas Pepe – to pick up the offence. The Ivory Coast international does have an assist to his credit, and the international break was his first sustained practice time with the club since signing – he participated in the African Cup of Nations for the Ivorians.

Fellow summer signing and right back Kieran Tierney is closer to joining the team for his debut as he resumed training with the first team along with left back Hector Bellerin, but Emery wants both to get match time with the U-23s before being thrown directly back into the deep end as Arsenal start their Thursday-Sunday schedule for the short-term future.

“They are now closer to us but they need to continue working and taking training with us for their fitness and (then) they can feel very comfortable about coming back to play with us,” Emery said at his Friday news conference. “Really, we need to look at the next steps in each training session and also if we decide that they should play with the under-23s.”

The Gunners have won the last three meetings between the teams, recording shutouts in all of them. Arsenal are 10-0-2 in the top flight versus Watford, including 5-0-1 at Vicarage Road.