The start of Liverpool’s Champions League title defence looms, but first things first, and that is maintaining their 100 percent league record Saturday at Anfield versus Newcastle United. 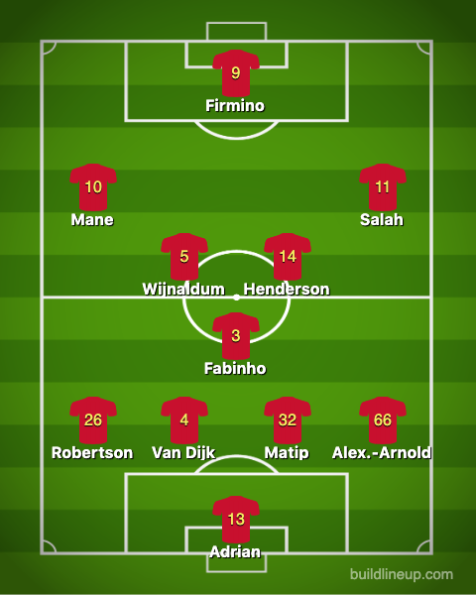 The six-times European champions will open continental play Tuesday against a familiar foe in Serie A side Napoli, who handed the Premier League runners-up a 1-0 defeat in their visit to Naples last season. Liverpool (4-0-0), the only club to accumulate the maximum 12 points ahead of the international break, are taking a piecemeal approach to their schedule, which gets hectic quickly.

“We want to keep going – and we want to win every game that is ahead of us now,” centre back Virgil van Dijk told the Mirror after his Dutch side resurrected their European qualifying hopes with road wins over Germany and Northern Ireland. “There are seven games before the next international break. We want to win any match, and so seven wins is the target. That’s what we have to try and do.

“It is very hard to say whether the same points total as last season would be enough this time. If you win your games, that is the only way to think. We know exactly how good Manchester City will be in the Premier League again this season. But there are also the other competitions where we can look to have success. The next few weeks we will be playing Saturday/midweek almost all the time.”

The Reds are still without first-choice keeper Alisson, who continues to recover from a calf injury sustained in their season-opening victory over Norwich City. Adrian spent the international break logging extra workouts at Melwood and appears to have shaken off the ankle knock sustained in the celebrations following a shootout victory over Chelsea in the UEFA SuperCup in Istanbul last month.

Liverpool’s trio of attackers – Mohamed Salah, Roberto Firmino, and Sadio Mane – were all in fine form early as they accounted for seven of the team’s 10 goals scored offensively. One intriguing development with the return of Alex Oxlade-Chamberlain to full health has been the dropping of Xherdan Shaqiri in the pecking order off the bench, with the Swiss international getting just five minutes of league action.

Shaqiri asked to be left off the Swiss team during the international break with hopes of contributing to Liverpool, who begin a stretch of six matches in 18 days with this contest. In addition to Oxlade-Chamberlain, Shaqiri has seen potential minutes off the bench go to Divock Origi.

Newcastle United (1-1-2) have no such schedule congestion issues until the calendar turns to 2020, having already been eliminated from the Carabao Cup. The Magpies went into the break on a 1-1 draw versus winless Watford on Aug. 31 with Fabian Schar bagging a first-half equaliser.

The lack of goals – a problem that has plagued Newcastle from former coach Rafa Benitez to current boss Steve Bruce – continues to vex Newcastle, whose three goals are joint second-worst with Crystal Palace and better than only the last-place Hornets.

Record summer signing Joelinton has found the back of the net just once, while January window signing Miguel Almiron has failed to put a shot on target despite being second on the team with six. With the exception of their 3-1 loss to promoted Norwich City, Bruce has been pleased with the team’s effort as they try to find a balance and a consistent formation – Bruce has oscillated between a 3-5-2 and a five-man back.

“Whether it has been three at the back or five at the back we have worked tirelessly on it. Hopefully things will continue to grow.”

Newcastle will be without midfielder Sean Longstaff, who twisted an ankle in training, while winger Matt Ritchie remains out despite making progress in what Bruce called “quite remarkable” in recovering from an ankle injury after a heavy challenge from Leicester City’s Hamza Choudhury in the Carabao Cup.

Liverpool did the double over their old boss Benitez last term, including a 4-0 hiding in the corresponding fixture last Boxing Day as Salah had a goal and an assist. Anfield has been a house of horrors for the Magpies, who are winless in 23 league matches (0-4-19) since a 2-0 victory in 1994 in their first season in the Premier League.