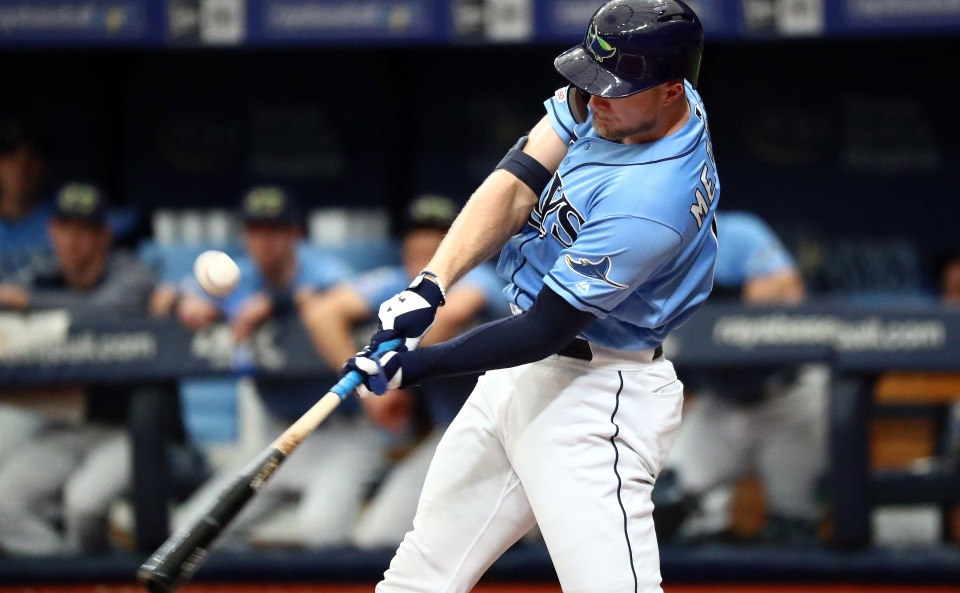 After showing himself more than capable of starting a game as opposed to entering one, Austin Pruitt gets a chance to build on his strong effort Thursday night when the Tampa Bay Rays continue their wild-card push in the opener of a four-game series against the Toronto Blue Jays.

Trent Thornton (4-9, 5.34 ERA) has endured the typical ups and downs of a rookie season, but the goal in the last month of the season with nothing at stake is to make sure he stays healthy ahead of 2020.

The right-hander enters this contest with 129 2-3 innings already logged, which is in line with his previous three seasons in the minors where he ranged from 124 1-3 innings with Triple-A Fresno last year to 135 2-3 with Class A Lancester and Double-A Corpus Christi in 2016.

The opportunity to become a regular in the current rotation for the #BlueJays was wide open.

But no one from among Trent Thornton, Sean Reid-Foley, Jacob Waguespack, Thomas Pannone and Ryan Borucki (now recovering from elbow surgery) cemented a role.https://t.co/BwyqMEX3D9

First-year manager Charlie Montoyo has monitored Thronton’s pitch count of late, with the 25-year-old throwing 92 or fewer in each outing of a five-start winless streak due to ineffectiveness or otherwise. Thornton was undone by one bad inning Friday in Houston, where George Springer crushed a fastball 463 feet for a three-run homer that capped a four-run fifth and consigned the rookie to a 7-4 defeat.

“The first four innings, I felt the tempo of my pitches, the rhythm, the timing felt really, really good,” Thornton told the Toronto Sun. “I was locating a lot more than lately, then I left a pitch for (George) Springer over the plate.”

The fine line between being a flat-track bully and being bullied at the major league level was again apparent with Thornton, who has a 3.39 ERA in 11 starts against sub-.500 teams but a 6.97 mark in 16 versus teams with winning records.

He has also struggled in his three starts versus Tampa Bay, going 0-1 with an 11.12 ERA as the Rays have bashed him at a .397 clip with six homers and 23 hits overall in 11 1-3 innings. Thornton escaped with a no-decision Aug. 6 in Tampa after getting drilled for three home runs in a six-inning fourth in squandering a 6-0 lead given to him as the Rays eventually won 7-6 in 10 innings.

Austin Meadows has been all over Thornton in their matchups, going 6 for 7 with three of those six home runs, and Avisail Garcia has taken him deep once while going 4 for 6.

Pruitt (2-0, 4.78) had been a bulk reliever for most of his 10 previous appearances and nine call-ups in shuttling between Triple-A Durham and Tampa. Rays manager Kevin Cash had liked enough of what he saw in the right-hander and gave him his first shot as a starter Friday versus Cleveland in a critical wild-card matchup with the Indians.

Austin Pruitt had his best outing of the season and the #Rays offense came alive in the seventh inning, securing a big 4-0 win over the Indians on Friday: https://t.co/kIDerOnnw2

Pruitt responded with 5 1-3 innings of four-hit ball on his 30th birthday, striking out six without a walk in a 77-pitch performance in helping Tampa Bay defeat Cleveland 4-0 on Friday to set the tone for a three-game sweep.

“He was outstanding for us,” Rays manager Kevin Cash told the club’s official website. “He limited their offense. Not a lot of hard-hit balls by either team early on, but Austin had everything going. [Pitching coach Kyle Snyder] goes down and checks pitches in between innings, and he said he located the ball really, really well and kept guys off-balance and got us deep [in the game].”

Pruitt has faced Toronto once this season, wrapping up a 2-0 defeat Aug. 5 with two scoreless innings. He is 2-0 with two saves and a 4.29 ERA in eight overall matchups with the Blue Jays, but the lone start in 2017 was one to forget as he was served up four homers that accounted for all five runs given up in 3 2-3 innings of Tampa Bay’s eventual 7-6 defeat.

The Rays (82-59) are 5-1 on their current homestand after salvaging a split of a doubleheader Wednesday against Baltimore with a 2-0 victory.

The Blue Jays are:

This has been a terrible matchup for Thornton all season, and the expectation is for that to continue as the Rays look to further their surge. The Jays rookie has been plagued by big innings all season, with one small thing snowballing into game-killing rallies.

Thornton has also struggled on the road of late, going 1-1 with a 9.50 ERA in his last five starts outside Toronto, beating only Baltimore and giving up four or more runs in four of those games.

The things that have plagued Thornton — pitching on the road and against quality opponents — have led to the over being dominant in a few areas. The over has delivered in his last eight road starts, his last six series openers and posted an impressive 10-1-1 mark in his last 12 against teams with winning records.

The over is 7-2 in the Rays’ last nine against right-handed starters and 7-3 in their last 10 at home.

The money line offers a slightly better return than laying the half-run at -145, and the Rays are 5-0-3 at the midway point in their last eight home games. Toronto has trailed at that point in seven of its last eight road games overall and also had an 0-4-1 mark in Thornton’s last five starts.

With Meadows’ track record against Thornton, you would be foolish NOT to take a flyer on this pick. The Blue Jays rookie’s struggles with the long ball on the road of late are documented above, and Meadows is 7 for 13 with a pair of homers in his last four games.

The five-inning over is 4-1-2 in Thornton’s last seven road starts, and his propensity to suffer through a big inning makes the over the play here. The over has also delivered in both of his starts at Tropicana Field.

If there is one thing Thornton has done well for the Blue Jays of late, it has been putting up a zero on opponents. The right-hander has gotten through unscathed in the opening frame in his last seven starts, which includes four straight on the road.

Tampa Bay has pushed across a run in just one of its last 13 games and was held off the board in its last series versus Toronto.