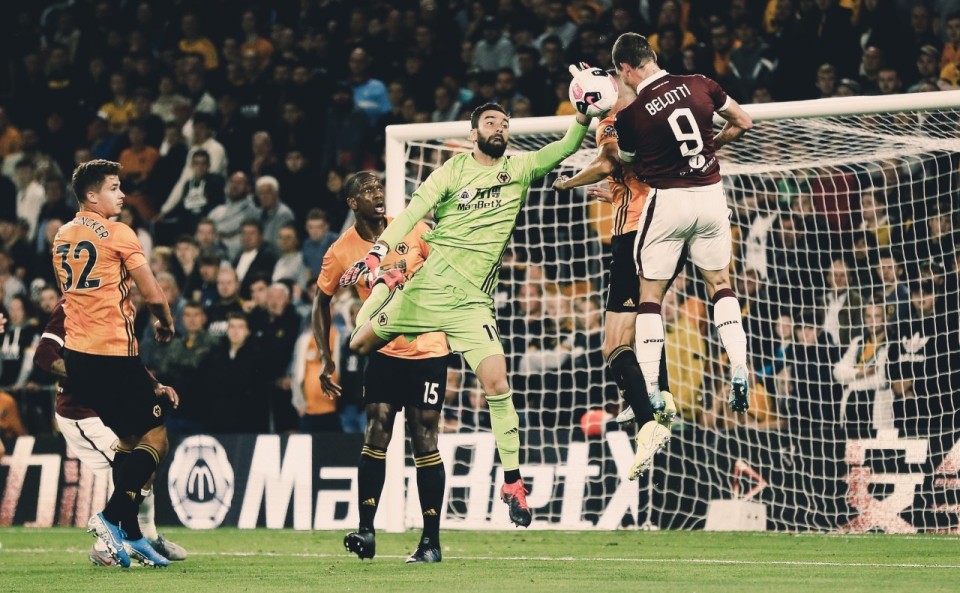 It is job well-done for Wolverhampton, who are in the group stage proper of the Europa League for the first time in club history. The Wolves look to extend that momentum into the international break with their first Premier League victory Sunday when they face Everton at Goodison Park.

Wolves (0-3-0) took care of business in their second-leg match against Serie A side Torino at Molineux, winning 2-1 on Thursday to advance 5-3 on aggregate. Raul Jimenez continued his scintillating form with his seventh goal in all competitions, and Leander Dendoncker put the tie out of reach with an immediate reply after I Granata pulled level through Andrea Belotti on 58 minutes.

Nuno Espirito Santo’s team learned their group opponents in Friday’s draw as Wolves joined Premier League perennials Manchester United and Arsenal in the 48-strong field. The most interesting of their opponents is Portuguese side Braga, with players on both sides very familiar with one another given the heavy Portuguese influence in the Midlands since Nuno’s arrival.

“It’s going to be tough, every team being drawn out of the hat was going to be a tough place to go,” defender Ryan Bennett told the club’s official website after the draw came out. “I’ve played at Braga in a pre-season game with Norwich and it’s a difficult place to go. I’ve never come up against Besiktas, but you’ve seen them and know it’s a hostile place to play.

“We know there’s going to be no easy games, there is none in European football these days, but we’ll be looking to put all of our things on the training pitch into games and hopefully we can progress.”

Though Wolves swept through the Europa League qualifying rounds with six wins in as many matches, they have yet to break through for a victory domestically. Still, they are one of only four teams remaining in the top flight without a defeat – though just barely after Jimenez’s 97th-minute penalty rescued a point with a 1-1 draw versus Burnley.

Nuno has done what he can to rotate his side on this dual track, swapping out four players from the first XI against the Clarets. The most intriguing positional battle is still at right back, where Bennett and Real Madrid loanee Jesus Vallejo have alternated the last five matches, with Vallejo getting the nod for European matches and Bennett domestically.

Ruben Neves is expected to return to his customary spot in the middle of the park in Nuno’s 3-5-2 set-up, while wing back Matt Doherty could replace Adama Traore on the right.

Everton (1-1-1) bounced back from their first league loss by defeating League One side Lincoln City 4-2 on Tuesday. Alex Iwobi’s first goal with the Toffees snapped a 2-2 tie nine minutes from time, and Richarlison added a late insurance strike as Marco Silva’s side shook off a slow start that saw them concede in the opening minute.

Silva also gave four players their first starts as Iwobi and fellow summer signings Djibril Sidibe, Fabian Delph and Moise Kean were all in the first XI. The Toffees boss experimented with a three-man front as Iwobi and Richarlison flanked the starlet Kean. Left back Lucas Digne drilled a free kick for Everton’s first goal and turned provider for the last on Richarlison’s header.

After being held to one goal in their first three matches, there was a sense of relief the goals spigot finally turned on for Silva and Everton.

“Our team showed one important thing in my opinion – apart from the attitude, commitment and desire – we showed personality,” Silva told evertontv. “We respected ourselves, we respected our fans, we respected the competition. We were serious. We knew before the match it our obligation to come here and to go through in this competition, but we also know how football is difficult in some moments.

“They scored twice – and their second goal was fantastic. But [each time] they scored we had a good reaction.”

Whether any of the four newcomers hold their spots for this match is yet to be determined, though Kean could lead the line giving current starter Dominic Calvert-Lewin has yet to distinguish himself aside from being the incumbent and Kean the newcomer.

Everton enter this match with five wins on the bounce at Goodison after a thunderous close last term that included wins over Chelsea, Arsenal, and Manchester United, and Silva realizes his group will be playing a well-drilled and savvy veteran side.

“They are strong on the counter-attack, they will be solid and waiting for the opportunity to counter to try to cause us problems,” the gaffer said. “It is up to us to play in our way, how we like to play. We must have a good balance – prepare well in attack and be ready when we lose the ball because in those moments they are really strong.”

Midfielder Jean-Philippe Gbamin is a long-term absence for the Toffees with a thigh injury, but everyone else is available for selection.

Wolves took four points from the two matches last season following their promotion, including all three in Merseyside with a 3-1 victory in February. Jimenez snapped a 1-1 tie just before halftime, and Dendoncker sealed the win on 66 minutes.