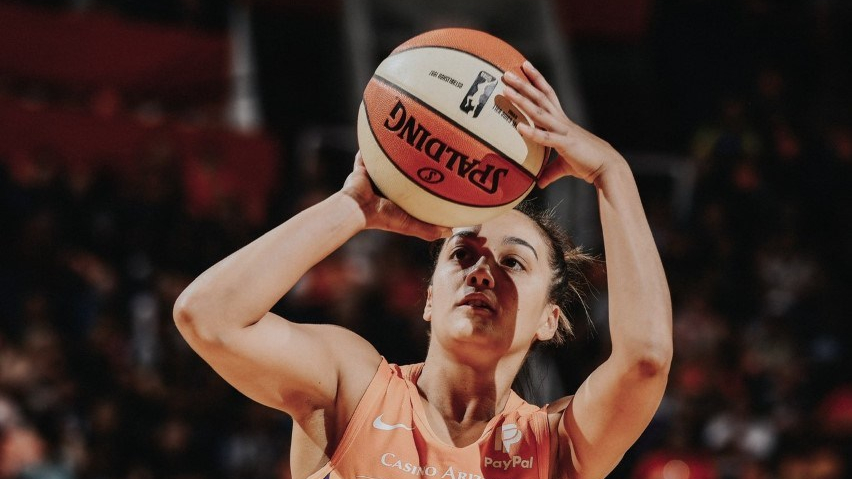 It is real simple for the Phoenix Mercury – win and they are in.

The Mercury look to secure the final playoff spot ahead of the WNBA postseason Thursday night when they face the Atlanta Dream.

A seventh consecutive postseason appearance is all but a mathematical certainty for the Mercury (14-15), who lead the ninth-place Indiana Fever by 3 ½ games and swept the season series between the teams. The only way Phoenix will fail to qualify for the playoffs is if it loses its final three games while Indiana runs the table with four straight victories.

Phoenix kicked off its three-game road swing with a 95-82 victory at New York on Tuesday night. Brittney Griner had 29 points and 14 rebounds while Leilani Mitchell matched a career high with 29 points.

It also marked that Diana Taurasi has played back-to-back games after recovering from offseason back surgery and missing all but one of the Mercury’s first 26 games. While the WNBA’s all-time leading scorer has yet to regain her shooting touch – Taurasi missed all seven of her shots versus the Liberty and is 2 for 20 since her return – she did have 10 assists and helped space the floor, which allowed Griner to dominate in the low post.

“Anytime you can add a player like Diana, the team will get better. Her legs aren’t under her, but you can see how she creates easier looks with her passing ability and leadership,” Phoenix coach Sandy Brondello told The Associated Press.

Atlanta (7-22) continues to play out the string as it tries to climb out of the WNBA cellar in its final five games. The Dream are looking for a season-high third straight victory after back-to-back road wins, including a 77-73 triumph at Dallas on Sunday.

“I think everybody in this gym has pride,” coach Nicki Collen told the Dream’s official website. “I don’t think that, ultimately, this season is going to end the way we wanted it to, but we have a chance to at least write the last few games and finish how we want to finish this season and play like the team we thought we could be when the season started.”

Tiffany Hayes scored 23 points and Alex Bentley added 12 for Atlanta, which has enjoyed a rare uptick in shooting. The Dream, who are shooting a league-worst 37.5 percent on the season, have cleared 40 percent in the two victories and connected at a 46.4 percent clip Sunday.

The Dream, who are also last in the league in 3-point shooting (28.6), are ahead of only Dallas in scoring at 72.0 points per game.

Phoenix has won the two meetings between the teams by a combined 11 points, with DeWanna Bonner totaling 27 points and 14 rebounds in a 77-68 victory Aug. 16 in the most recent matchup.