Looking to further a bright start to avoid the relegation scrap later, Brighton and Hove Albion attempt to remain unbeaten Saturday when they host a Southampton side looking for their first point of the season. 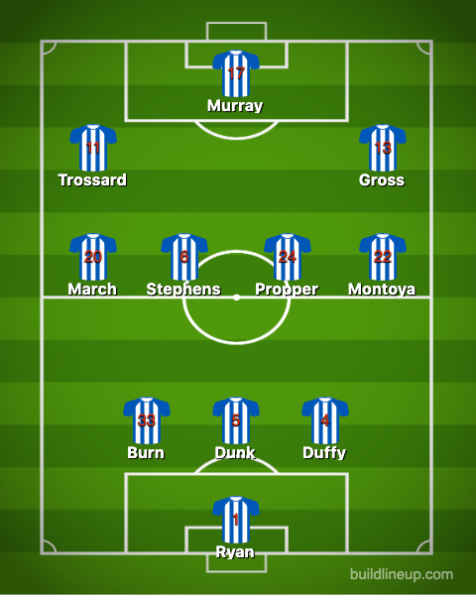 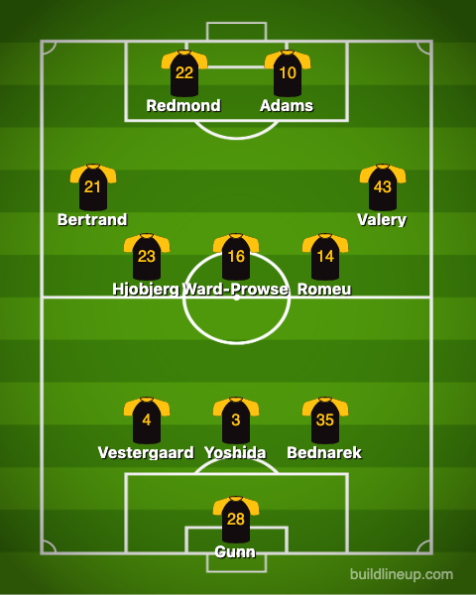 The Seagulls (1-1-0) narrowly avoided the drop last term, finishing 17th on 36 points, and their 35 goals were the fewest of any team to stay up. Brighton were always a fundamentally solid side under predecessor Chris Hughton, but their lack of forward play led to the sacking of the well-regarded manager.

In came Potter, whose Swansea City side had a late flourish to a respectable finish in the Championship last term and came closest to derailing Manchester City’s domestic treble in cup play, owning a 2-0 lead in the FA Cup quarterfinals before coming undone in the final 20 minutes.

The early returns on Potter’s new side have been encouraging. Brighton followed up their surprising 3-0 victory at FA Cup runners-up Watford with a 1-1 draw in their home opener versus West Ham United last Saturday, with summer signing Leandro Trossard responding four minutes after Manuel Lanzini scored for the Irons.

But what stood out and was appreciated by the home supporters was Potter’s decision to play for all three points, sending on Florian Andone and Aaron Mooy in the final 16 minutes to press for a second. Nothing came from the changes, and Mat Ryan preserved the point with a late save on an effort from Robert Snodgrass.

“We showed character and personality to come back after the goal. I thought we were the better team – we didn’t give up, we kept on pushing and got the goal through Leandro,” Neil Maupay told Brighton’s official website.

“We could have scored a second goal, but we didn’t quite manage that. But the character and fighting spirit we showed on Saturday is something really good and we’ll need that.”

Trossard was the only change to Potter’s XI that defeated Watford, and considering the Belgian had a first-half goal disallowed following a VAR check, he likely has done enough to warrant a second straight start and make Jurgen Locadia the odd man out.

Brighton have recorded just 10 clean sheets in 39 league matches at AMEX Stadium since winning promotion for the 2017-18 season.

Southampton (0-0-2) were not much better than Brighton last season, finishing three points higher in 16th. The Saints failed to put together 90-minute efforts in each of their two defeats but did play better in their 2-1 home loss to Liverpool last Saturday.

Ralph Hasenhuttl’s team was put on the back foot just before halftime when his back line allowed Sadio Mane too much space, which the Senegal international took full advantage with a curling effort. A goal by Danny Ings against his former team thanks to a howler by Adrian in the 83rd minute gave Southampton hope for a point, but an equaliser was not found.

Despite the improved play, Hasenhuttl was in no mood to talk about moral victories as he looked ahead to this match.

“You have to take points, not only positive things,” he said at his Thursday news conference. “In the last game, we had chances to take more than a defeat, and we showed we could compete with such an opponent.

“It’s about taking points consistently. In the first two games we haven’t, which is not the start we wanted, but we knew the schedule was difficult, with four times against big teams in the first seven games,” he added, referring to upcoming matches against Manchester United, Tottenham Hotspur, and Chelsea in the next four rounds.

Alex McCarthy is expected to return as backup to Angus Gunn between the sticks, and everyone else is available for selection. Hasenhuttl sounded like he would continue using Ings off the bench and give summer signing Che Adams another chance to open his account.

“What I liked in the last game was that he was really working hard and caused some problems for Liverpool. He had a good game and was very aggressive against the ball,” Hasenhuttl noted to the team’s official website. “It’s normal that our strikers have to invest a lot of work against the ball – maybe sometimes it’s not so easy to be that fresh when you get the ball to score – but I already knew that he can do this.

“He likes to work hard and he has fantastic character. It might take time but I’m sure that he will score.”

Southampton have the only victory in four top-flight meetings between the clubs, winning 1-0 in last season’s corresponding fixture as Pierre-Emile Hojbjerg’s goal in the 53rd minute separated the sides. The teams combined for as many yellow cards as shots on target (3).