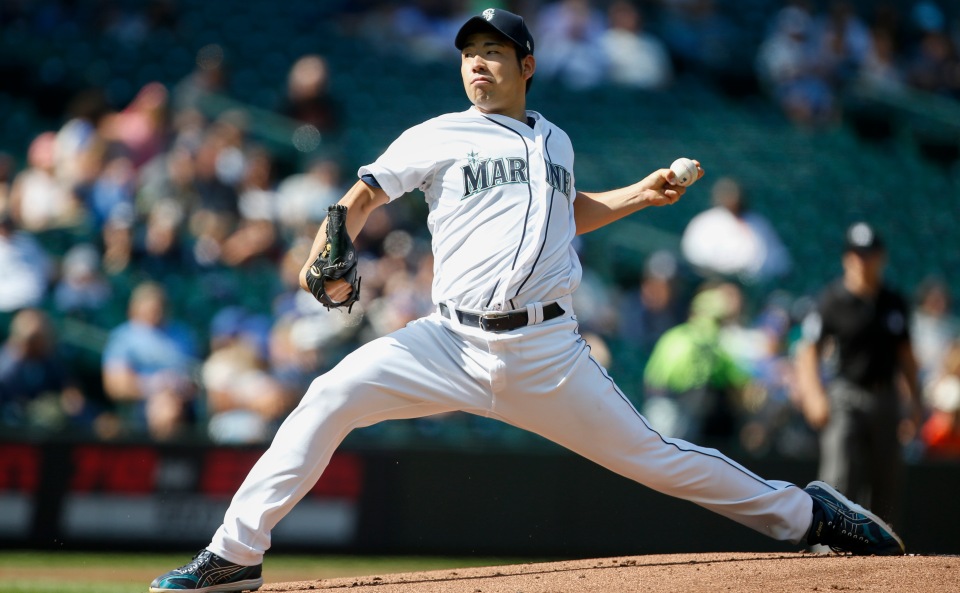 A pair of pitchers looking to end lengthy winless spells meet Tuesday night when Matthew Boyd leads the Detroit Tigers into a three-game series against Yusei Kikuchi and the Seattle Mariners.

Kikuchi (4-8, 5.34 ERA) has had his ups and downs his rookie season after signing a four-year $56 million contract with the Mariners in January. The left-hander’s last win came June 23 against Baltimore, and he enters this contest 0-3 with a 5.89 ERA in his last seven starts.

Keeping the ball in the park has been a constant struggle for Kikuchi, who has given up 11 homers in 36 2-3 innings during his winless stretch and is tied with Justin Verlander and J.A. Happ for the most home runs allowed in the American League with 29.

Kikuchi did settle down in his last outing after allowing a leadoff homer to Fernando Tatis Jr on Wednesday, limiting San Diego to three other hits over five innings and striking out eight. The southpaw was in line for a victory, but the Mariners bullpen squandered a 2-1 lead before eventually winning 3-2.

“Yusei was outstanding today, in that he went into the game trying to make an adjustment with his mechanics and he did,” manager Scott Servais noted to the Mariners’ official website. “He got some results. The ball had life on it today. That was the difference. He had a lot of swing and miss on the slider and fastball and his curveball was pretty good. It was definitely a step in the right direction.”

Carrying that form to the road could be challenging for Kikuchi, who is 0-3 with an 8.39 ERA in his last six starts outside Seattle since beating the New York Yankees on May 8. The southpaw, though, was effective against the Tigers at home July 26, giving up a pair of solo homers in 6 2-3 innings before the Mariners rallied for a 3-2 victory.

Seattle, which has lost eight of nine after being swept in a three-game series by Tampa Bay over the weekend, is opening a nine-game road swing that also makes stops in Toronto and Tampa.

Boyd takes step back after rough outing versus Royals

Boyd (6-8, 4.16) has not won since the 4th of July and has gone 0-2 with a 5.08 ERA in his last six starts. The left-hander, though, had put together a run of decent starts for the Tigers before taking a step back last time out.

Boyd had his shortest outing of the year Thursday against the Kansas City Royals, who took him deep three times and tagged him for five runs and six hits in 2 2-3 innings. Detroit rallied to get him off the hook for a loss and won 10-8, but the left-hander is also suffering with the long ball and has served up 15 of his 26 homers on the season over his last nine starts.

The southpaw used his bullpen session Saturday as a video tool with the team’s analytics department to see if there are adjustments that can be made going forward starting with this contest.

“The only time it’s a teaching tool is if there’s something wrong, right? It’s more just data that we collect,” he told the club’s official website. “You put it in and you see the norm and the averages.”

Boyd’s best outing during his winless run came at Seattle on July 28 when he fanned 10 over 6 1-3 innings and limited the Mariners to one run and three hits of an eventual 3-2, 10-inning loss. He has kept Seattle in check in his three matchups since the start of last year, striking out 25 in 18 1-3 innings while going 1-0 with a 2.95 ERA.

The Tigers are in the final leg of an 11-game homestand and 3-5 thus far after settling for a split of their four-game series against Kansas City. Detroit has the worst home record in the majors at 16-41, and Boyd is 0-3 with a 4.85 ERA in his last seven starts at Comerica Park.

A loss would guarantee the Tigers their third consecutive non-winning season.

Seattle’s offense has been scuffling — the Mariners have been held to four or fewer runs in eight straight games — but they did total 24 runs in sweeping the Tigers last month and racked up 19 extra-base hits in those games.

The Mariners also have fared well in AL Central parks this year, averaging 7.31 runs in 13 road games and scoring four or more in all but one of those contests. Detroit’s starts have a 5.75 ERA on this homestand and have been reached for at least four runs in four of the eight games.

The over has been strongly trending with Kikuchi, going 6-1 in his last seven road starts and 9-2 in his last 11 versus sub-.500 teams. The over is also 6-2 when he faces AL Central teams and 17-5-1 in the season when he toes the rubber.

The home run struggles of the two starters also make the over the play, especially if those mistakes wind up being two and three-run shots.

The Mariners needed a change of venue after their tough homestand, and facing the Tigers — whom they swept in a four-game homestand late last month — might be the perfect landing spot.

Kikuchi appears to have found something from his last start, but getting the rookie to carry it over into a second consecutive start has proven elusive. Both pitchers are struggling in all the relevant areas in a head-to-head matchup, but the hedge here is Seattle’s bats do just enough damage to eke out a victory.

Despite picking the Mariners to win the game, it is hard to pull the trigger on them for the first five as Seattle is 0-5-1 in Kikuchi’s last six road starts and 3-9-1 in his last 13 overall.

The Tigers have been ahead at the midway point in Boyd’s last three starts, a run that began with his July 28 start in Seattle, and the Mariners are also 1-9-1 after five innings in their last 11 road games.

The expectation is for both Seattle to break out offensively and for both pitchers to serve up at least one homer over the first five innings. The Mariners’ struggles make this a challenging pick since the five-inning over is 1-5-1 in their last seven games, but it is also 6-2-2 in Detroit’s last 10.

The Tigers have scored two or more runs in the first three innings in five of their eight games on this homestand and also reached Kikuchi for a pair of runs in their meeting last month.

The Mariners rookie has struggled in the early going with a first-inning ERA of 4.50 and a second-inning mark of 7.04 while serving up 12 home runs. Kikuchi has also yielded two or more runs in the first three frames in four of his last six road starts.