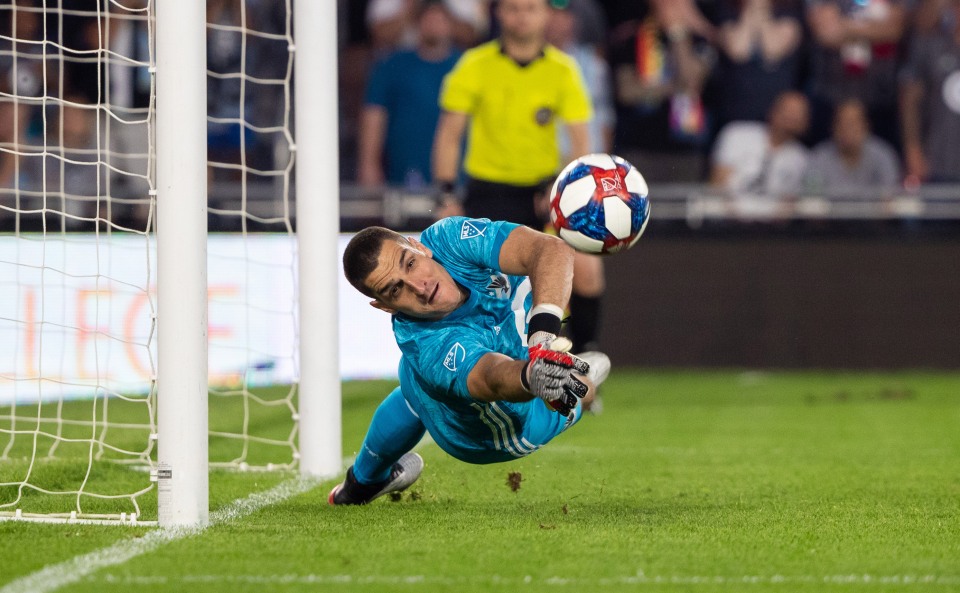 Out to build on one of its biggest victories in franchise history, Minnesota United looks to stay atop the race for second in the Western Conference on Saturday night when it faces FC Dallas.

The Loons (11-5-7) will be vying for the Lamar Hunt Trophy for the first time in club history after defeating Portland 2-1 in the U.S. Open Cup semifinals at home Wednesday night. Mason Toye scored the go-ahead goal in the 64th minute, tracking down a long ball from Kevin Molino and curling a 15-yard right-footed shot inside the right post for their second win over the Timbers in three days.

The goal capped a whirlwind day for Minnesota United, which added teenager Thomas Chacon as a Young Designated Player. The Loons signed the 18-year-old Uruguay midfielder from Danubio FC in his country’s top domestic league for a reported $4 million to own 70 percent of his player rights.

“It’s a great day for the club,” coach Adrian Heath told the Minneapolis Star-Tribune. “We’ve gone to our first final. We’ve added a Young DP (Designated Player) that we paid a lot of money for, a kid we think is going to be outstanding for the future. So things are good. But guess what? When I look back in my career, I know I didn’t like when we got beat in the final. So it’s great tonight, but we hit it again in the morning.”

Minnesota – which will play reigning MLS Cup champion Atlanta United in the U.S. Open Cup final on the road Aug. 27 – is currently the hottest team in MLS, riding an 11-match unbeaten streak (9-2-0) in all competitions. While catching Los Angeles FC is likely not possible – the Loons are 14 points behind the Supporters’ Shield front-runners – they are part of a three-way tie at 38 points with Seattle and San Jose for the second spot.

The Loons are 5-2-0 in their last seven league matches, and the defense has stepped to the forefront of late. Veteran keeper Vito Mannone has recorded three clean sheets in his last four MLS contests and carries a 199-minute shutout streak into this game after Sunday’s 1-0 victory over Portland. He also had six saves in Wednesday night’s win, including a critical punch save shortly before Toye’s marker.

FC Dallas (9-6-9) has a chance to join the fray for second as it enters this match five points out of second while holding the seventh and final playoff spot in the West. The Toros, though, were blanked for a second straight match and third in four with last Saturday’s 2-0 defeat at Orlando City, and the urgency has become palpable in Frisco ahead of this contest.

“It is going to define our season,” defender Reggie Cannon told the team’s official website about its final 10 matches. “It’s if we make playoffs or not. These home games are going to be huge. If we win all five games at home, we’ll be in a great position to make playoffs. Getting those away points are going to be huge as well, but we really have to focus on protecting this house right now.”

After being forced off in the first half-hour with a hip flexor, Edwin Gyasi returned to practice this week and should be available for selection. With a kickoff temperature expected to be near 100 degrees, FC Dallas is hoping to use the elements to its advantage and improve on its 6-5-1 home record while avenging a 1-0 loss from July 13.

“I think so. This is a tough place to play because of our guys, our locker room who are committed to the jersey and this climate, this heat this time of year, it’s not easy to come to Dallas,” coach Luchi Gonzalez told the Dallas Morning News. “We want to make it really hard on the opponent.”