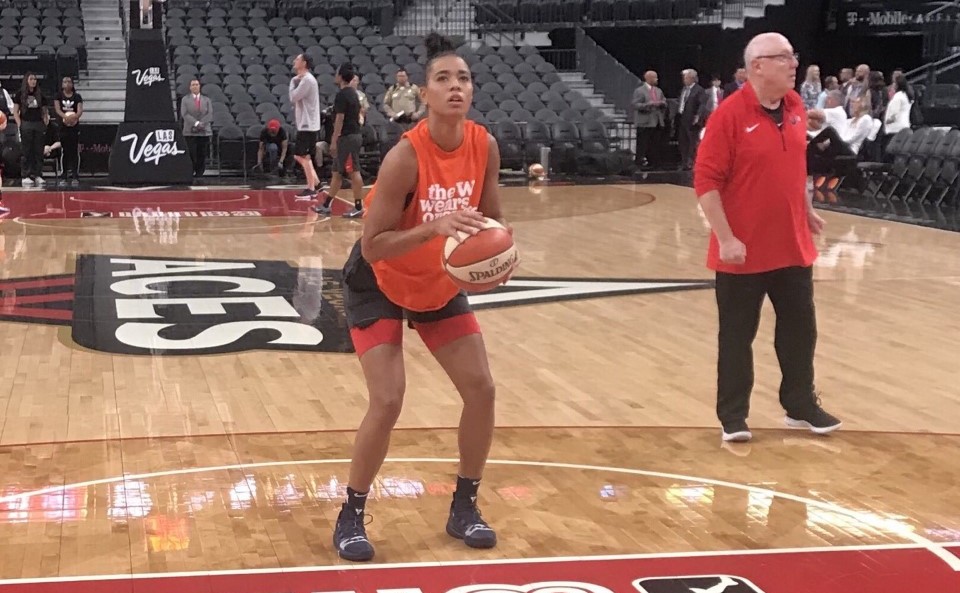 After a mainly successful road swing that included an extra stop, the Washington Mystics continue their bid to finish with the top seed for the WNBA playoffs as they open a three-game homestand Thursday night against the Indiana Fever.

Washington (15-7) split its regularly scheduled games at Seattle and Phoenix before going to Las Vegas on Monday night to complete a July 5 game suspended at halftime due to an earthquake that had an epicenter in the Los Angeles Area that was felt at Mandalay Bay.

The Mystics held a 15-point lead when the game was suspended, and Mike Thibault’s team – perhaps angry after being blown out by the Mercury the night before – played a solid 20 minutes in finishing off a 99-70 rout of the Aces. Elena Delle Donne scored 21 points overall as Washington maintained a double-digit lead the entire second half.

“We understood what this game meant given their position and our position in the fight to finish top two in the league,” said Mystics guard Kristi Toliver, who finished with 14 points and eight assists, to The Associated Press. “It was weird, you can’t deny that. We wanted to put together a 20-minute game. We knew we had to come out and compete at a high level very early, which is in a good rhythm of what we do. We didn’t want to play tentative, didn’t want to play not to lose. We wanted to play to win the game.”

Delle Donne has led or been tied for the team lead in scoring in six of Washington’s last seven games during its current 6-1 spurt. Emma Meesseman, who was playing in the EuroBasket tournament when the game was originally scheduled, had seven points and six rebounds in eight minutes and is quickly forming an imposing tandem with Delle Donne.

The 6-foot-4 Belgian forward has totaled 38 points on 17-of-23 shooting in her last three games after scoring 10 points combined in her previous three contests.

A playoff berth may not be in the cards for Indiana (8-15), which is 3 1/2 games behind Minnesota for the eighth and final postseason spot, but the Fever continue to show signs of progress and are looking for a third straight victory. Pokey Chatman’s team is coming off an 86-75 win over Minnesota, setting a franchise record by rallying from a 20-point first-half deficit.

Kelsey Mitchell scored 20 points and Tiffany Mitchell added 17 as Indiana’s reserves accounted for 55 points in sparking the Fever to back-to-back wins for the first time since June 1 and 7.

“They’re connected when they get minutes,” Chatman told the Indianapolis Star of her bench players. “We just try to assure them that when you get that opportunity, be you.”

One positive for the Fever is their All-Star backcourt of Candice Dupree and Erica Wheeler will be well-rested for this game, as neither of them logged more than 12 minutes Saturday while totaling just four points combined on 2-of-8 shooting.

Delle Donne rescued the Mystics in their 95-88 overtime win over the Fever on July 19, scoring eight points in the final 1:22 of regulation that included an 18-foot stepback jumper with 6.9 seconds left to force overtime. Toliver and Ariel Atkins combined for 10 of Washington’s 14 points in the extra period.