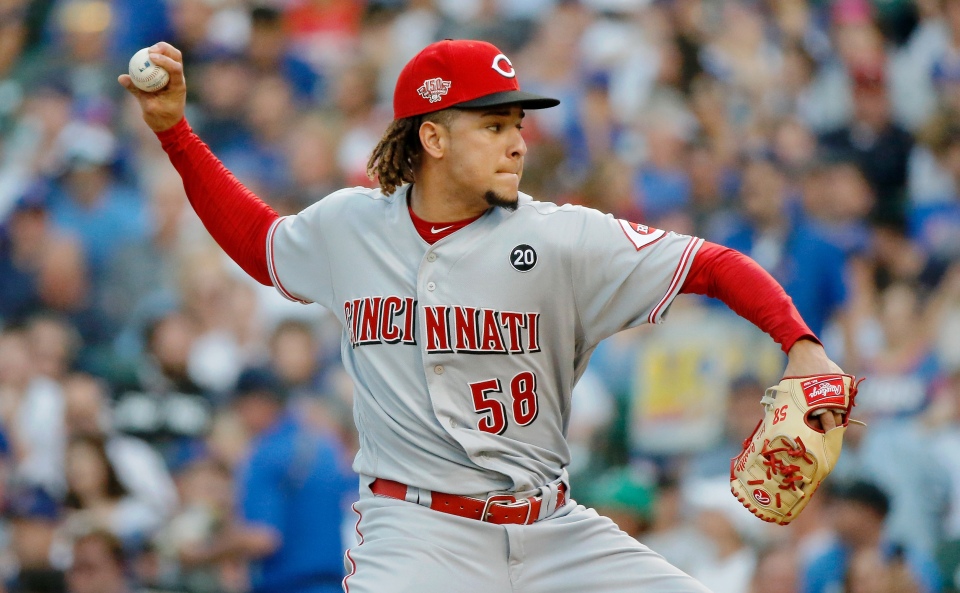 Patrick Sandoval (NR) is slated for his major league debut as the Angels are expected to purchase the contract of the 22-year-old prior to the game with their wild-card hopes hanging in the balance. Taylor Cole (1-2, 3.97 ERA) will open a game for the sixth time this season, hoping to be more productive than Thursday when he retired just one batter and allowed four runs in a 7-3 loss to Cleveland.

Sandoval was slated to pitch Saturday at Triple-A Salt Lake, but was scratched in anticipation of this game. The left-hander was 4-4 with a 6.41 ERA in 15 starts with the Buzz, striking out 66 in 60 1-3 innings in the hitter-friendly Pacific Coast League. Sandoval started the year at Double-A Mobile, where he fanned 32 in 20 innings while going 0-3 with a 3.60 ERA in four starts and five appearances.

The Angels (56-57) have lost four straight and started their nine-game road swing with a three-game sweep at the hands of the Cleveland Indians, capped by Sunday’s 6-2 loss. Kole Calhoun belted his 25th home of the loss, leaving hime one shy of his career high set in 2015.

“We’re in a rough patch right now,” Calhoun told the Angels’ official website after losing for the eighth time in 10 games. “We need a little something to go our way and get back on the winning side of things and get this ball back rolling.”

Los Angeles is nine games behind the Tampa Bay Rays for the second wild-card spot and also needs to leapfrog three teams to claim that berth. Mike Trout is hitting a pedestrian .262 (11 for 42) in interleague play and went 1 for 7 in two games versus Cincinnati in late June.

Castillo looks for back-to-back winning starts for the Reds

Cincinnati (52-58) is also on the fringe of the wild-card race, entering this contest 5 1/2 games behind the Philadelphia Phillies for the second spot after splitting a four-game series at NL East-leading Atlanta.

The Reds gained a split with a 6-4, 10-inning victory over the Braves on Sunday as Tucker Barnhart‘s three-run, tie-breaking homer in the 10th proved decisive. Jose Iglesias went 3 for 5 with a double, capping a productive series in which he went 6 for 11 with three runs scored.

“We really, really needed it,” Barnhart told the Reds’ official website. “Last night was rough. Any way we could have gotten today — whether it was play 20 innings and win, score 15 runs and win 15-0, win a nail-biter — it doesn’t matter how you get it. You just have to get it. Today was a huge win for us.”

Castillo (10-4, 2.63) is now charged with building on the momentum of that victory. The right-hander, who went 10-12 last year, has won three of his last four decisions and ranks fourth in the National League in earned run average after limiting Pittsburgh to one run and six hits over seven innings in a 4-1 victory Tuesday.

He has been effective against the American League this year, going 1-0 with a 2.25 ERA in two starts while striking out 13 in 12 innings while holding opponents to a .146 batting average. Castillo is also 6-3 with a 2.20 ERA in 13 home starts, giving up one or no runs in eight of those outings.

This will be his first appearance against the Angels.

A contrarian pick to a degree considering the Angels are handing a major league debut to Sandoval and gave up 20 runs in getting swept in three games at Cleveland, but they have been surprisingly strong when it comes to interleague play. Los Angeles has allowed six or more runs just twice to NL opponents while going 11-4, and Cincinnati has scored more than four runs only once in its last 10 against AL teams.

Additionally, the Reds have been held to four or fewer runs in seven of their last eight home games.

Castillo taking the ball for the Reds makes them worthy of a pick on the run line, though it should be also noted Cincinnati is 2-1 when the money line is above -200. The right-hander has alternated overpowering starts with mediocre ones in his last five outings, but the hedge is he follows up his strong effort versus the Pirates and wins back-to-back starts for the first time since late April.

The Reds are an impressive 9-2-1 after five innings when Castillo is on the bump at home, but this pick is more about the Angels’ struggles in addition to Sandoval making his debut. Los Angeles is 1-8-1 at the midway point in its last 10 games and trailed by two or more runs in seven of those contests, including all three at Cleveland.

The number fell in line with expectations, and Sandova’s 6-plus ERA at Triple-A has to be taken with a grain of salt since it came pitching in the PCL. The under has been trending in support of Castillo, going 5-1 in his last six starts and 21-6 in his last 27 overall.

The under is also 8-2-1 in Cincinnati’s last 11 interleague home games, which dovetails nicely with the under 4-1-1 in the last six interleague games for the Angels. The under has hit in the last four meetings between the teams and is 33-14-4 in Los Angeles’ last 51 interleague matchups.

The hope is Cole’s outing Thursday was the exception and not the rule as he tossed six shutout innings in his previous four appearances as opener.

The lack of a hook makes this closer to a toss-up, but both teams have trended with the under in interleague matchups. The five-inning under is 8-3-4 with the Angels versus the NL and 9-4-2 for the Reds against the junior circuit.

Castillo has been reached for first-inning runs just twice in his 13 starts at Great American Ball Park, and the thinking is the recency bias of Cole’s last opener outing has created a plus-money opportunity here given he was fine in the other four starts. In his eight appearances before Thursday’s flameout, Cole had conceded just one run in 14 innings while holding opponents to a .182 batting average.