Major League Soccer may be the domestic league of the United States and Canada, but its All-Star team assembled for Wednesday’s showcase match against Atletico Madrid in Orlando will have a distinct South American flavor.

Josef Martinez, who swept all three player awards in 2018 – including MVP at the All-Star game after the MLS lost to Juventus on penalty kicks – currently has an eight-game goal-scoring streak after netting in Atlanta’s 4-3 loss at LAFC on Friday night. The Venezuela international set the single-season MLS record last year with 31 goals and has 17 in 20 league matches this season.

Pity Martinez, the 2018 South American Football Player of the Year, has struggled at times in his first season following his league-record $17 million move from Argentina’s River Plate, but has three goals and six assists. Pirez, also from Argentina, has been a fixture in Atlanta United’s backline the past three seasons following his move from Estudiantes.

LAFC boasts striker Carlos Vela, who is aiming to be the first player in league history with 20 goals and 20 assists in a season, playmaker Diego Rossi, defensive midfielder Mark-Anthony Kaye and defender Walker Zimmerman. Vela, a former Mexico international, will also serve as MLS captain for the second straight All-Star game.

“First I have to say thank you to all the fans who voted me to be captain,” Vela said post-match Friday. “I hope they can enjoy the game and we can bring a good show for them.”

Vela’s penalty in Friday’s victory was his 22nd goal in 21 matches. With 13 assists, he is also one shy of matching his total for all of 2018 and has helped LAFC open a 10-point lead in the race for the Supporters’ Shield.

When Vela is not scoring goals for LAFC, Rossi is. The Uruguayan striker matched his 2018 haul Friday night with his 12th goal and is joined in attack by compatriot Nicolas Lodeiro. The Seattle Sounders midfielder has nine assists this year, and his 37 in 78 matches since the start of the 2017 season is second-most among all MLS players in that span.

The lone player better is also an All-Star – Maxi Moralez of New York City FC. The Argentine has 38 assists since 2017 and recorded eight of his 13 assists this year during a seven-game point streak in NYCFC’s club-record 12-match unbeaten streak.

Europe’s old goal-scoring guard will be represented by Zlatan Ibrahimovic and Wayne Rooney. The 37-year-old Ibrahimovic is in his second season of terrorizing defenses for the Los Angeles Galaxy with 38 goals in 45 matches since his arrival, including 16 in 18 this year.

The 33-year-old Rooney, England’s all-time leading scorer, has been equally effective in his season-plus since joining D.C. United with 23 goals and 14 assists in 43 matches. He will be reunited with former Manchester United teammate Nani, the lone All-Star representative for host Orlando City.

The former Portugal international has eight goals and eight assists in 19 matches in his first season with the Lions.

“It’s always nice to play with great players,” Nani said Monday. “So many experienced players who’ve won a lot in their careers. For us it’s very easy to communicate and have some conversations because most of the players, we’ve been playing so many times against each other so many years and we always have something to talk about.”

One subplot O’Connor must contend with is possibly playing Ibrahimovic and Vela together. The towering Swede publicly downplayed Vela’s success this year by noting the LAFC striker was playing the prime of his career in MLS as opposed to his storied pedigree in Europe. Ibrahimovic promptly backed up his words by scoring three goals in the Galaxy’s 3-2 victory over LAFC in the “El Trafico” derby July 19.

“I don’t have any problem [with Ibrahimovic],” Vela told reporters after training Monday before looking ahead to the return match Aug. 25, adding, “Soccer gives you many chances for revenge and there will be more games. “You have to prepare and hope that the next one we can win.

“It’s a great experience to play with some of the best players in this league,” Vela said. “We’re going to be teammates these next few days, we’re going to try to put MLS on a high level against Atletico and enjoy. I think this is an event where everyone enjoys themselves.”

MLS elder statesmen Chris Wondolowski (San Jose) and Nick Rimando (Real Salt Lake) are also on the squad. Wondolowski passed Landon Donovan as the league’s all-time leading scorer this season and has 153 goals, while Rimando – in his final season — is making his ninth All-Star appearance and is the league’s all-time leader in wins (216), shutouts (150), saves (1,671), and appearances (503). 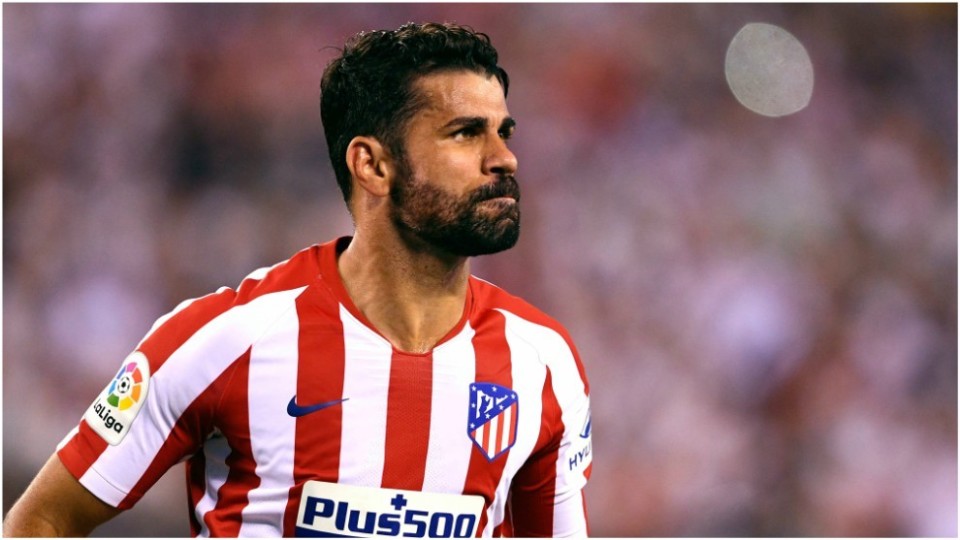 Under Diego Simeone, Atletico Madrid has turned the two-team hegemony in La Liga between Real Madrid and Barcelona into a three-way fight on an annual basis. Atletico have finished runners-up in the last two seasons and no worse than third in the previous seven, highlighted by their title run in 2014.

A notoriously stingy defensive side, Atletico showed their offensive ruthlessness Friday night in a 7-3 thrashing of Real at Met Life Stadium in the International Champions Cup. Diego Costa scored four goals in 51 minutes, staking Atletico to a 6-0 lead after his last tally, and was later sent off on 65 minutes after a tussle with Dani Carvajal.

Costa will be a superb foil to Ibrahimovic as one of Europe’s best pantomime villains, with the Spain international a nuisance to opposing backlines. He will likely have a different strike partner since Alvaro Morata was forced off with a calf injury in the second half versus Real.

The match will also serve as another early look at Joao Felix, Atli’s $133 million summer signing to help ease the blow of losing Antoine Griezmann to Barcelona. The 19-year-old had his first goal for Atletico in the victory over Real and looked comfortable on the right wing in Simeone’s 4-4-2 set-up.

The MLS All-Star team’s last win in this high-profile exhibition series was a 2-1 victory over Tottenham Hotspur in 2015. This will be the second match against a Spanish La Liga club, with Real Madrid winning on penalty kicks in 2017 after a 1-1 draw.