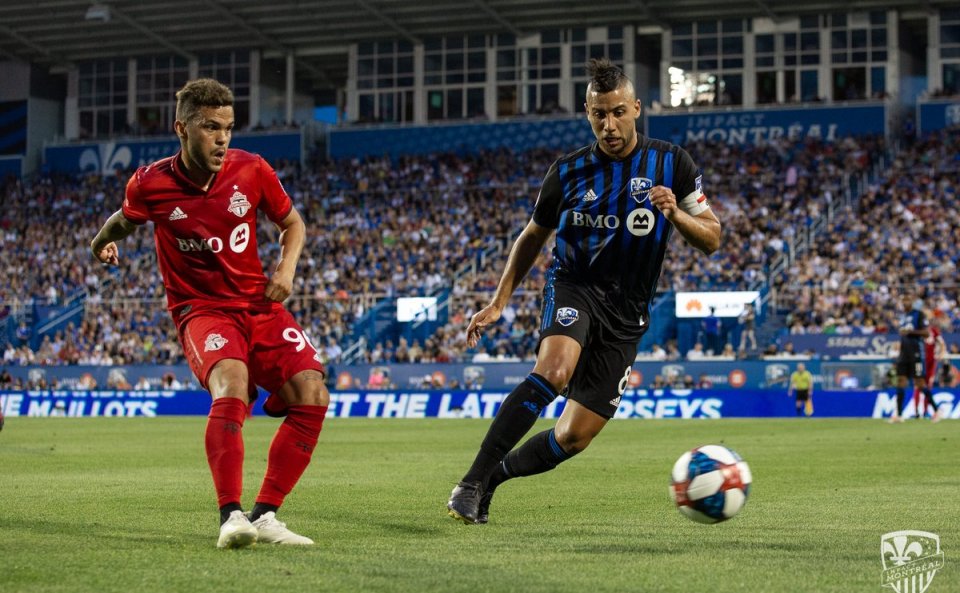 In need of three points to stop their backslide down the Eastern Conference, the Montreal Impact look to avoid a fourth straight defeat Saturday when they face the struggling Columbus Crew.

The Impact (9-3-10) are fifth in the East, six points behind conference-leading Philadelphia but only one ahead of Toronto FC and New York City FC, who occupy the final two playoff slots. Remi Garde’s team is coming off a derby loss to Toronto, falling 2-0 at home last Saturday after conceding twice in the second half.

“The guys were (angry). I love it. We should all be pissed,” fullback Daniel Lovitz told the team’s official website after a spirited practice Tuesday. “We get so much out of those training sessions, it’s great. We had moments like this last year and I think we came out in a much better place mentally. I know guys are fired up and (angry) right now, and that’s the way it should be.”

“It was a little more tense than usual today. But that’s part of being with the same group all the time,” midfielder and leading goal-scorer Saphir Taider added. “I think it’ll do us good and help us for this weekend’s game.”

Montreal continues to be plagued by breakdowns on the defensive end. After a stretch in which it recorded five clean sheets in six matches, the Impact have only one shutout in their last 12 contests and gone 4-1-7 in that stretch.

Gyasi Zardes erased one deficit with a goal on 47 minutes, and substitute Romario Williams secured the point for Columbus with a 90th-minute header on a cross from Luis Diaz. The result did extend Columbus’ winless spell to 10 matches (0-2-8), but Crew coach Caleb Porter opted for the half glass-full outlook.

“I thought we showed a different mentality today,” Porter told the Columbus Dispatch. “We, in that second half, for the first time we kept fighting, kept swinging. (But we) still have some things to clean up.”

Having Zardes back is a huge boost to an offense that has an MLS-worst 19 goals. The Crew scored one goal in five matches while he represented the U.S. at the Gold Cup, but the striker’s tally that made it 1-1 was his team-leading seventh.

Columbus has dropped three straight at home and has just one victory in its last eight at MAPFRE Stadium (1-1-6). Like the Impact, the Crew have struggled defensively most of the season and enter this contest having conceded in 16 straight matches since a 1-0 victory over New England on April 6.

Montreal won the first meeting between the teams at home as Henry Novillo’s goal on 55 minutes separated the sides. MAPFRE Stadium, though, has been a bogey ground for the Impact – they have just one win in 11 all-time visits (1-2-8) and are winless in their last five (0-2-3).