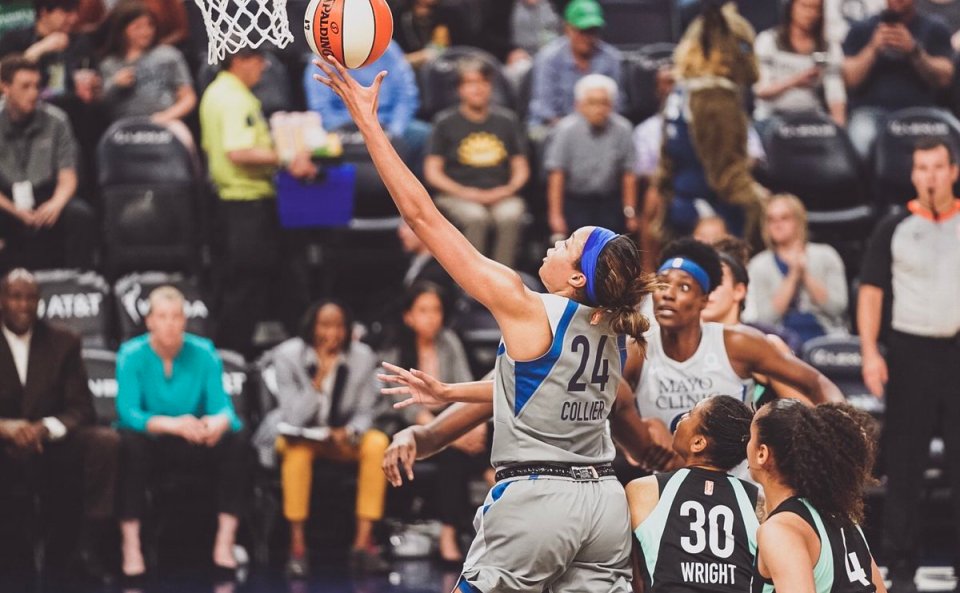 In many ways, 2019 can already be labeled a huge success for the rebuilding Indiana Fever. They have a chance to reach a tangible benchmark in their progress Tuesday night when they host the Minnesota Lynx.

Indiana (5-6) has a chance to match its win total for all of 2018, with its six-win season the league’s lowest since the 2012 Washington Mystics finished 5-29. The Fever were thwarted in their first bid for a sixth win Sunday, losing 65-61 at defending WNBA champion Seattle.

Erica Wheeler scored 18 points and rallied the Fever from a six-point deficit late in the fourth quarter to force a 61-all tie with 35.1 seconds to play after sinking a pair of free throws, but Indiana’s defense faltered on the ensuing possession. Wheeler then missed a potential tying jumper in the closing seconds before the Storm sealed the win with a pair of foul shots.

“We knew Wheeler was going to take the last shot,” said Storm and ex-Fever forward Natasha Howard to the Seattle Times about Indiana’s final offensive play. “We put her in tough situations. We made sure we didn’t foul when she was going up for her shot.”

Kelsey Mitchell added 13 points as Indiana shot just 34.4 percent and committed 19 turnovers while finishing up a three-game road swing with one win. After this contest, the Fever go back on the road for another three games.

The Fever had an adventurous trek back to the midwest, as their flight from Seattle to Atlanta was delayed. That resulted in the team missing its connecting flight back to Indianapolis, which resulted in an 8-hour bus ride that was chronicled on social media by forward Natalie Achonwa.

Minnesota’s uneven season continued Saturday with a 92-83 victory over New York that snapped a four-game losing streak. Odyssey Sims scored 20 points for the Lynx (5-5), who also got 19 points apiece from Sylvia Fowles and Napheesa Collier.

The trio were a combined 24 of 38 from the field, and Fowles pulled down 10 rebounds. Fowles scored eight of her points in a game-breaking 21-4 spurt Sims capped with a pullup jumper that gave Minnesota a 63-49 lead with 2:49 left in the third quarter.

Minnesota had lost all four games during its losing streak by six or fewer points, which led to tinkering during the team’s six-day break before avenging a 75-69 defeat to the Liberty from June 12.

“I about had enough just watching us lose really, really close games,” said Fowles, who led the Lynx to WNBA titles in 2015 and 2017, to the Minneapolis Star Tribune. “And so sometimes, you know, when you’re in this position you have to step up. I hate being verbal. But this last week was the most I ever talked in my life. These ladies responded well. They rose up to the occasion.”

Indiana recorded one of its wins last year over the Lynx, posting a 71-59 victory in Minnesota as Achonwa – who scored her 1,000th career point Sunday – had 17 points and nine rebounds. The Lynx responded by winning the other two games by a combined 46 points, with Fowles totaling 30 points and 16 rebounds in an 89-65 rout in the most recent matchup July 18.