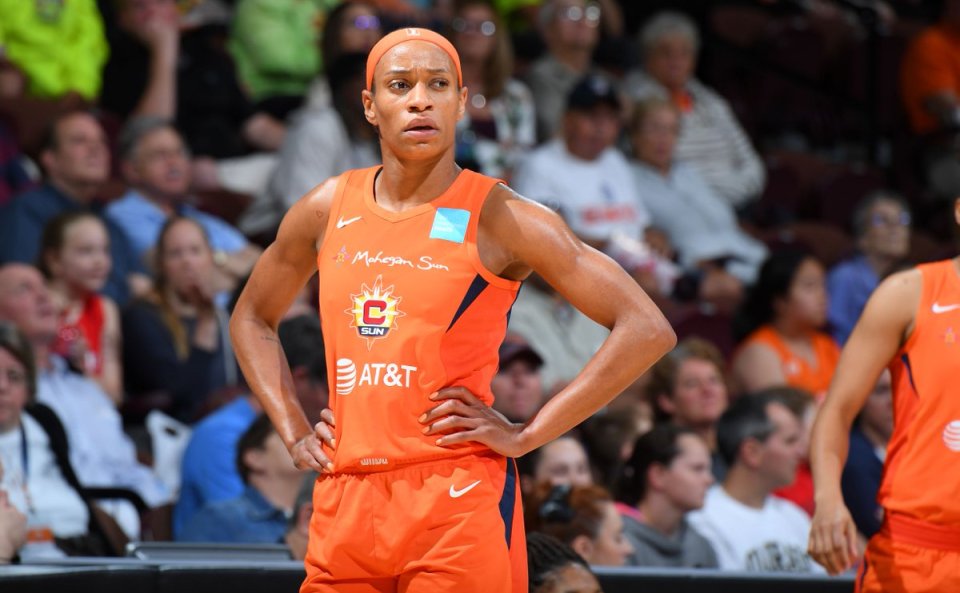 Looking to establish themselves as the class of the league, the Connecticut Sun seek a fifth straight victory Friday night when they visit the Minnesota Lynx.

As the WNBA deals with injuries and absences among star players including Breanna Stewart, Sue Bird, Diana Taurasi, Candice Parker, and Skylar Diggins, the Sun (6-1) have quietly gotten off to a strong start despite trading away one of their best players – Chiney Ogwumike – before the season.

Connecticut pushed its winning streak to four games Tuesday night with an 83-75 victory over Washington. Jonquel Jones had 24 points and seven rebounds while Layshia Clarendon had crucial back-to-back baskets in the third quarter that put the Sun ahead to stay as they overpowered the Mystics with a 50-point second half.

“We were able to regroup at halftime and talk about their scheme against us that was giving us trouble,” coach Curt Miller told the Hartford Courant, “and we made some adjustments and did a much better job attacking them offensively. It was a big, big win and a huge early series win. Will that make a difference somewhere down the line? I don’t know, but that’s a big series win against arguably the favorite this year in the league, so I’m proud of those guys.”

Jones is averaging 18 points and a league-best 12.1 rebounds for Connecticut, powering a team that is outrebounding opponents by 6.5 per contest. The Sun also lead the WNBA in offensive rebounds at 12.6 per game, helping offset 39.1 percent shooting that ranks third-worst in the league.

Minnesota (4-3) – also among the teams missing a marquee player as Seimone Augustus recovers from knee surgery and Maya Moore has taken personal leave – opens a three-game homestand looking to avoid a fourth loss in five games after starting the season with three victories. The Lynx suffered back-to-back defeats for the first time this year after a 75-69 setback at New York on Tuesday night.

Sylvia Fowles had 16 points and 11 rebounds for Minnesota, which got as close as four points in the fourth quarter after trailing by as many as 15 in the first half. The Lynx also again struggled valuing the ball and committed 17 turnovers, barely better than their league-worst mark of 19.1 per contest.

“Coming back is part of the game,” Fowles said. “Finishing and doing what we need to do is something different and we’re not executing right now.”

Fowles, who moved into the top 20 on the WNBA’s all-time scoring list last weekend, is averaging team highs of 14.9 points and 10 rebounds while shooting 59.7 percent. The Lynx are 3-1 at home thus far, losing only to the Sparks on Saturday.

Connecticut swept last year’s three games in impressive fashion, winning by an average of 16.7 points. Jones scored 26 and hit five 3-pointers in the most recent meeting, a 96-79 romp at home Aug. 17.