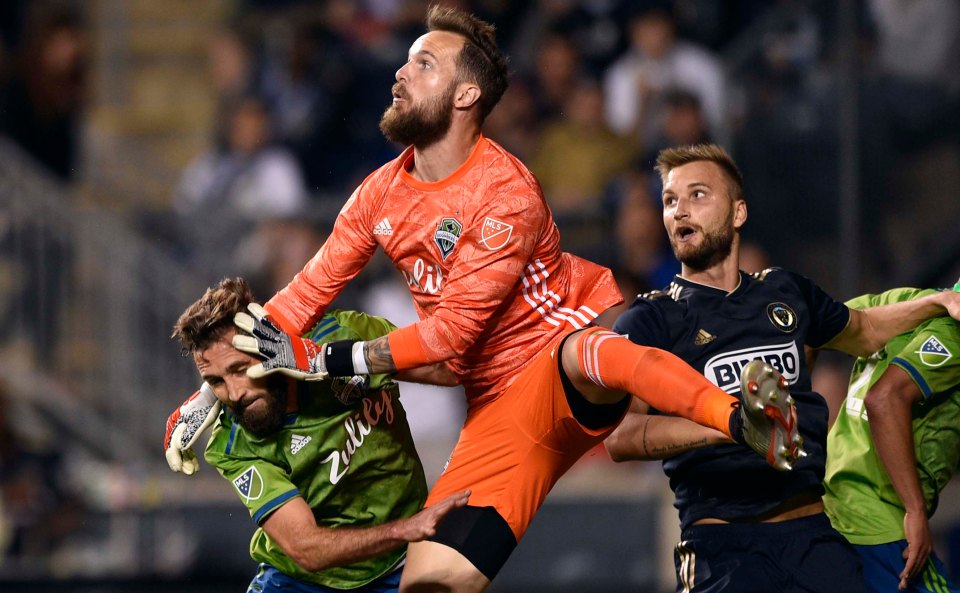 The struggling Seattle Sounders hope facing an Eastern Conference team will shake them out of their doldrums as they wrap a four-game road swing Wednesday night against the Montreal Impact in their final match before the Gold Cup recess.

Seattle (7-5-3) has taken just one point in the first three legs of this trip following a 2-1 loss to FC Dallas on Saturday. It was a rough debut for center back Xavier Arreaga, as the Ecuador international had one of two first-half own goals for the Sounders along with Brad Smith in a five-minute span.

Arreaga tried to clear out a header angling for the six-yard box but failed to put it wide of the right post as it left keeper Stefan Frei flat-footed. Smith deflected a cross into the net after the Sounders were slow to respond to a free kick the Hoops opted to play wide.

“It was similar to KC, I thought the second goal killed us,” Sounders coach Brian Schmetzer told the club’s official website. “You can’t dig yourself a hole 2-0 all time and expect to win, especially on the road.”

Raul Ruidiaz provided hope Seattle could nick a point with a goal – his team-leading sixth – on 65 minutes, but an equalizer was never found. Playmaker and Uruguay international Nicolas Lodeiro is available for this match after serving a one-match ban for yellow card accrual over the weekend, but he is one of as many as 10 Sounders players who could miss this match through call-ups for international duty.

Another is striker Jordan Morris, who is on the U.S. preliminary roster for the Gold Cup but also had missed the previous three matches with a hamstring injury.

Seattle has collected 13 of a possible 15 points versus teams from the East, outscoring opponents 13-6 in those five matches.

Montreal (7-3-7) is trying to regroup from its second loss in three matches after a disastrous 15-minute spell consigned it to a 3-0 home defeat to Orlando City SC on Saturday. The Impact conceded all three goals in the first half, with the floodgates opening on a handball by Zakaria Diallo that led to a penalty by Nani in the 27th minute.

The Impact were again without top playmaker Ignacio Piatti, who is expected to be sidelined at least two months with a strained MCL, but the defensive breakdowns infuriated coach Remi Garde.

“We missed some things technically but the team spirit has to be there,” Garde told the Montreal Gazette. “When there is no spirit inside the team, you cannot talk about tactics, you cannot talk about physical problems. I think today we have no excuse for what we produced, or rather failed to produce, especially in the first 45 minutes.”

After a stretch in which Montreal recorded five clean sheets in a six-match span, the defense has been suspect. The Impact have conceded 13 goals in their last seven games, going 2-1-4 in that span, and have also yielded six goals in dropping back-to-back road contests.

Piatti set up the only goal in last year’s meeting in Seattle, scored by Jeisson Vargas on the hour as Montreal took advantage of a 10-man Sounders squad after a red card to defender Kelvin Leerdam in the 40th minute. The Impact have a 4-1-2 lead in the all-time series, including a 2-1-1 mark at Stade Saputo.