It may be now or never for the Washington Mystics, who begin 2019 as one of the favorites to win the WNBA title heading into Saturday night’s season opener versus the Connecticut Sun.

The Mystics (21-12) reached the WNBA Finals last year, getting swept by the Seattle Storm in three games as they were denied their first title in club history. But with Storm superstar Breanna Stewart out for the season with a torn Achilles, Minnesota Lynx star Maya Moore taking the year off, and Diana Taurasi, Candace Parker, and Angel McCoughtry all expected to miss chunks of the season due to injury, the balance of power in the league has become more, well, balanced.

“It’s a very long offseason; it’s tough to wait for it,” Mystics coach Mike Thibault told ESPN.com. “But as soon as you start getting near the draft, and know camp’s not too far away, everybody gets excited. And when you have a good team coming back and you see the potential – and you know that you can grow from the experience you had last year – we have a lot to look forward to.”

Washington still has one of the league’s best players in former MVP Elena Delle Donne, who averaged 20.7 points last season and is fully healthy after battling through a knee injury suffered in the semifinals. Kristi Tolliver (13.9 ppg) is also back, but a key player – when she will be available – is 6-foot-4 center Emma Meesseman, who returned to the Mystics after playing in Belgium last year.

Meeseman, who will miss time in June to represent her country in the European Championships, averaged 14.2 points in 2017 for the Mystics. Ariel Atkins will be counted on to progress further after averaging 11.3 points as a rookie last year, while LaToya Sanders (10.2) and Natasha Cloud round out Washington’s core.

Also a playoff team in 2018, Connecticut (21-13) was eliminated in a single-game second-round playoff versus the Phoenix Mercury. The Sun are also looking for a new go-to scorer after dealing Chiney Ogwumike to the Los Angeles Sparks for a 2020 first-round pick. 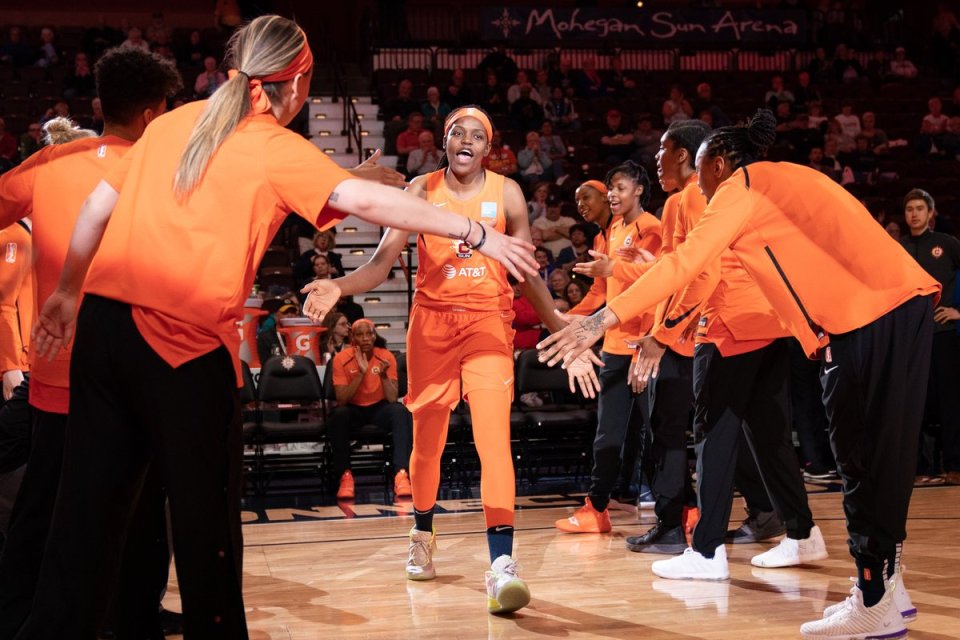 Ogwumike averaged 14.4 points and 7.3 rebounds while shooting a career-best 60.3 percent, but Connecticut was a balanced team with five players in double figures. Jonquel Jones, who averaged 11.8 points and 5.5 rebounds last season, will be hard-pressed to continue her upward arc considering she was the Most Improved Player in 2017 and Sixth Woman in 2018. She likely will be the first option down the stretch after the 6-foot-6 forward hit 46.7 percent of her 3-point shots.