With the pendulum of pressure swung back at Manchester City, the reigning Premier League champions look to again re-take the top spot from Liverpool on Monday when they host Leicester City at the Etihad.

Deep down, Pep Guardiola and his side knew it would come down to the final matchday, but it probably did not stop them from having fleeting thoughts of clinching with this match whilst watching Liverpool battle Newcastle United on Saturday. Twice the Magpies fought back from a goal down to pull level with the Reds, and that draw would have left City (30-2-4) needing only to win this match to repeat as champions.

But the easy route never materialised as Liverpool found a late winner through Divock Origi and again took a provisional two-point lead over the Cityzens. This rollicking back and forth between the two titans sees Guardiola’s side in search of a victory that would mark the 14th time the Premier League lead has changed hands between the sides since March 10.

“We must keep playing and going in the same way. These are extremely difficult games, but we’ll certainly give our best to win,” midfielder Bernardo Silva told the club’s official website. “We’ll maintain the same attitude and play the same way. We must keep a similar mindset that brought us here, the aim is to win and retain the title.

“We’ve now only two important games that we must win in order to retain the Premier League title – we need two more wins!”

Manchester City are coming off the kind of win teams need to win titles, a gritty 1-0 victory at Burnley on April 28. The Cityzens monopolised possession by a 2-1 count and outshot the Clarets 25-7, but only Sergio Aguero’s goal from close range – which cleared the line by less than three centimeters – could separate the sides.

It was the 12th consecutive league win for City, who have posted three consecutive clean sheets and nine during their lengthy win streak. They have not conceded in 279 minutes since Luka Milivojevic scored for Crystal Palace on April 14.

Guardiola will be without at least one and possibly two of his first-choice XI for this match. Playmaking midfielder Kevin De Bruyne has been ruled out with a hamstring injury that also sidelined him the previous two league matches and holding midfielder Fernandinho could miss a second straight contest with a knee injury suffered in the derby win at Manchester United.

Though an unprecedented domestic treble is now within sight – City play Watford in the FA Cup final at Wembley in a fortnight – Guardiola is refusing to look beyond this match. He does, however, think Leicester City’s revamped style under new boss Brendan Rodgers does give the Cityzens a chance to play a style they prefer.

“From the beginning, you ask me about achievements but I think we have to focus on beating Leicester,” the City boss said. “They have quality and all we can do is focus on that. I expect them to high press and play on the counter-attack – they’re going to attack.

“I think it helps that Leicester play on the counter-attack. Now, with Brendan Rodgers, they control parts of the game so I think he has showed his quality as a manager. In two months, everyone has played how he wants them to play – the movement and positioning is well-coordinated. I was really impressed with how the players play.”

Aguero, who has 20 goals and is two behind Liverpool’s Mohamed Salah for the Premier League’s Golden Boot, had four goals in last season’s corresponding fixture as City rolled to a 5-1 victory. Raheem Sterling had the other goal in that match and is one shy of matching his total of 18 set last season.

Rodgers will be the second former Liverpool boss to have a direct impact on the title race this matchday after Rafa Benitez and Newcastle nearly threw a spanner into it Saturday. Leicester City (15-6-15) enter this contest ninth in the table and still harbor a small chance of catching Wolverhampton for seventh, which could carry a potential spot in the qualifying rounds of the Europa League. 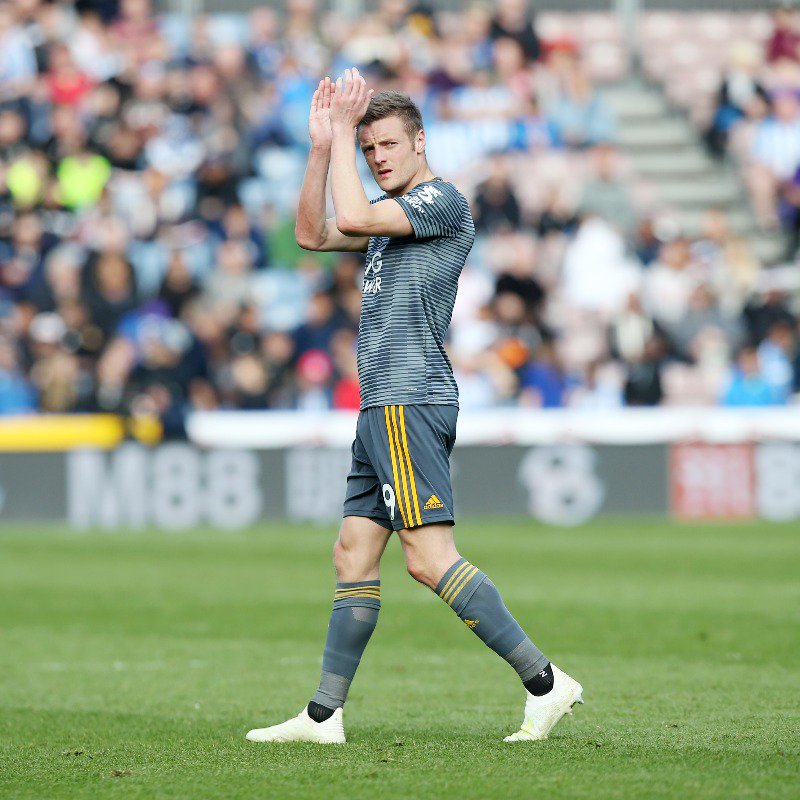 The Foxes would need to win this game and their finale at Chelsea while hoping Wolves lose to Liverpool. They are coming off an impressive 3-0 pasting of Arsenal on April 28 as Youri Tielemans snapped a scoreless tie just before the hour and Jamie Vardy bagged a late brace to seal the win. The victory gave Leicester City 16 points from their last seven matches (5-1-1) and a huge boost of confidence ahead of this contest.

“It’s always important to win a big game against Arsenal with our fans in our stadium,” right back Ricardo Pereira told LCFC TV. “It’s always good and it gives us confidence for the next game. I think it says we have a good group, we have quality. If we play our best with our qualities, we play together as well. We can do good things and win games against the top six.”

“What was pleasing that over the course of the last few games, we played in one game with 10 men and in another game against 10 men,” Rodgers added. “We showed quality and coped with that very well. You’ve seen lots of results where it can go against you, but I thought the control and intensity of the game was very good. It’s always satisfying as a coach. To see a relationship between training and the game is always nice.”

The Foxes should have all the confidence in the world already heading into this match considering they beat Manchester City 2-1 in the reverse fixture on Boxing Day. Pereira scored the match-winner on 81 minutes after Marc Albrighton and Silva traded goals five minutes apart in the first half.

Still, for Leicester City to have any chance at completing their first double over Manchester City since the 1986-87 season in the First Division, it will likely need a standout performance from Vardy. The former England international, though, has enjoyed the challenge of playing against Big Six sides like few other strikers in Premier League history, racking up 34 goals in those matches.

That includes five against the Cityzens in nine league matches, highlighted by his hat trick in a 4-2 win in the 2016-17 season.

Leicester City have just one win in their last five trips (1-0-4) to the Etihad in all competitions, but that 3-1 victory was a key component of their stunning drive to the 2016 Premier League title.