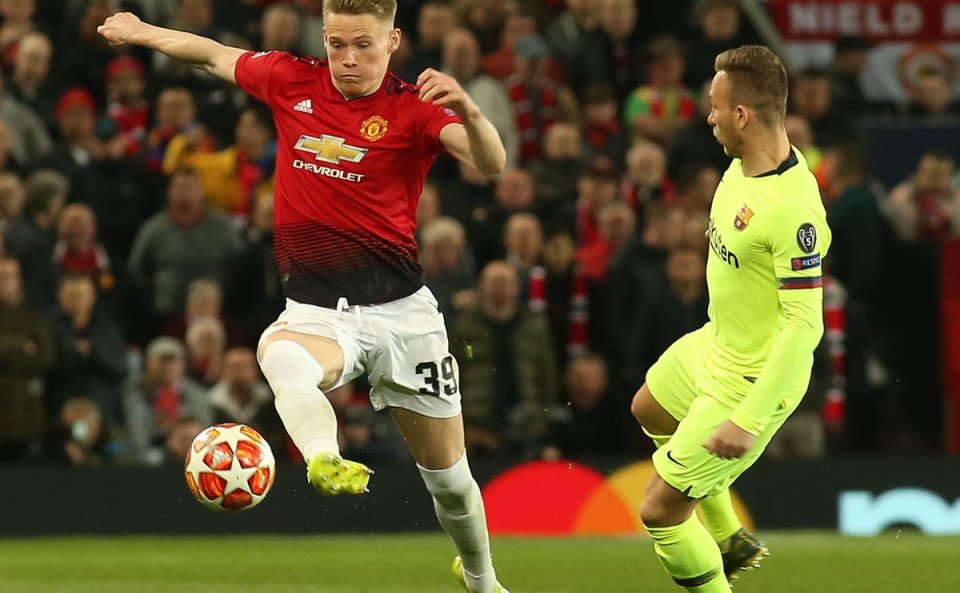 Manchester United once again have work to do on the road to advance in the Champions League, but before that trip to the Nou Camp next week, they will continue their fight for a top-four spot Saturday when they attempt to extend their home mastery over West Ham United at Old Trafford.

Ole Gunnar Solskjaer’s team were second-best in a 1-0 loss to Barcelona on Wednesday in their first-leg Champions League quarterfinal tie. An own goal by defender Luke Shaw – a somewhat harsh decision considering Luis Suarez’s back-post header across goal appeared on target — in the 12th minute separated the sides, but unlike last month’s second-leg match at Paris-Saint Germain, there is only a one-goal deficit to overcome and Paul Pogba available.

“There are pluses and negatives. I thought we started sloppy and we were a bit nervous on the ball. We didn’t really get the pressure on them,” Solskjaer told BT Sport post-match. “After their goal, we settled a bit and we played well. We had some very good performances from some individuals as well, in midfield there – I thought they did really well.

“At times it felt like a proper Man United team. The crowd was behind us, we got wide, we put in crosses. Sometimes those crosses end up with a header on goal and sometimes you miss them.”

Before Manchester United (18-7-7) try to rally at a continental venue for the second consecutive knockout round, they face a vital match in their bid for a top-four finish. They enter this contest sixth in the table on 61 points, three behind Tottenham Hotspur for fourth but also five back of Chelsea for third.

United are one of four teams vying for the final two Champions League spots, and they – along with Arsenal and Spurs – have a match in hand on Chelsea with six to play.

At the very least, Shaw will be able to empty the tank at left back in this game since he will sit out the return match at Barcelona due to yellow card accumulation. In general, this will likely be a match where United try to pour forward after being held without a shot on target in a Champions League match for the first time since 2005.

There likely will be a return to a four-man back after Solskjaer used five in an attempt to flood the midfield to slow down Barcelona. Who will be in attack will also be up for debate as Romelu Lukaku played 68 anonymous minutes while starved of service up front, and late substitutes Anthony Martial and Jesse Lingard were long on industry but short on results.

West Ham United (12-6-15) are comfortably mid-table and all but mathematically assured of survival. The Irons have lost back-to-back league matches and four of six overall (2-0-4) after coming up short in a 2-0 London derby loss at Chelsea on Monday.

The biggest difference between the sides in the defeat was Chelsea star Eden Hazard, who tore through the middle of West Ham’s defence – slaloming through six Irons players — for arguably the Premier League goal of the season in the 24th minute. The Belgium international condemned West Ham to defeat with a composed finish at the death as West Ham also failed to score for the fourth time in their last six matches.

“It wasn’t quite hard to see it for me, I had a clear view,” keeper Lukasz Fabianski told the club’s official website about Hazard’s goal. “Obviously he started to run at the players, taking them on. He’s such a skilled player that can do those things.

“He took on, I don’t know how many, four or five players, and started dribbling at high speed and then his finish as well was really good. That tells you a lot about the quality that he has.”

West Ham manager Manuel Pellegrini looked to take the positives of the second 45 minutes that preceded Hazard’s late second, noting “we improved a lot in the second half. We had opportunities, and we could have drawn the game but finally they scored the second goal.

“I think the difference was in the first 45 minutes, that we didn’t start the game with the pace that you need to play against Chelsea.”

Pellegrini is hoping to have midfielder Samir Nasri available for this game. He was set to introduce the Frenchman at halftime, only for Nasri to pick up a knock during warm-ups before the restart. It also remains to be seen if the Chilean will start Marko Arnautovic and Chicharito Hernandez up front together again after the duo accounted for just one shot.

West Ham have a chance to complete their first double over Manchester United since the 2006-07 season after winning 3-1 in the reverse fixture in London. Felipe Anderson staked the Irons to a lead in the sixth minute, and an own goal by Manchester United defender Victor Lindelof doubled the advantage right before halftime.

Marcus Rashford pulled one back on 71 minutes for the Mancunians, but Arnautovic restored the two-goal advantage three minutes later.

The Theatre of Dreams, though, has mainly housed nightmares for West Ham. The Irons are 2-2-18 in Premier League play at Old Trafford and 0-2-8 there since Carlos Tevez supplied the difference in a 1-0 victory in 2007. West Ham have been outscored 51-11 in the 20 top-flight matches at Manchester United and have yet to score more than one goal.