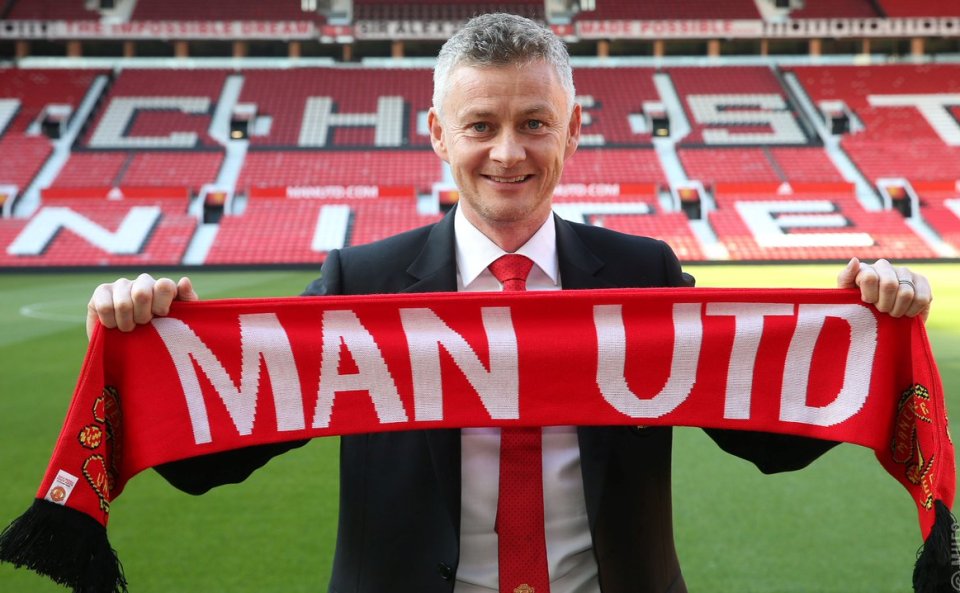 Originally thought to be little more than a manager for the moment, Ole Gunnar Solskjaer is now the man for Manchester United going forward.

The Red Devils continue their fight for a top-four spot Saturday when they host Watford at Old Trafford in the former Norway international’s first match as full-time boss of the storied club.

Not much was expected for Solskjaer following his arrival – on loan – from Molde in Norway after Jose Mourinho was sacked in mid-December. Pundits pondered potential replacements with more decorated CVs and bigger star power, yet the former United striker – forever to be fondly remembered by supporters for his winning goal that secured the treble in 1999 – kept winning over supporters by winning matches. In the process, he reignited the offensive identity of the club created by his manager Sir Alex Ferguson that had been seen all too rarely under Mourinho.

Solskjaer’s ability to instill belief in United to overcome a 2-0 deficit at Paris-Saint Germain in the round of 16 second-leg Champions League tie without star midfielder Paul Pogba made the groundswell of support a tidal wave, one which finally crashed Thursday when the United hierarchy took “caretaker” off his title.

“It’s truly an honour,” he told MUTV shortly after the formal announcement. “I think everyone knows, and I’ve spoken about it in the last few months, that this is the dream job for any football-interested man, especially anyone who has been involved with Man United. Being given the opportunity now to move the club forward, with all the potential there is, it’s fantastic.

“This has been my ultimate dream all the time. Maybe a naive dream, but I’ve always had that dream in my mind to have this responsibility for this huge, fantastic family of a football club and I’m so honoured and privileged to be given this fantastic responsibility to lead us forward.”

Solskjaer has won 14 of 19 matches in all competitions since taking over, though United (17-7-6) crashed out of the FA Cup with a 2-1 loss at Wolverhampton in the quarterfinals before the international break.

The silver lining of that defeat, however, is it provides United more focus on claiming a top-four finish. They are in a four-team fight with Tottenham, Arsenal and Chelsea for the final two Champions League spots – the teams are separated by four points with eight matches remaining.

Solskjaer, though, does have selection issues for this game, especially up front. All of his attacking options save Jesse Lingard did not feature for their respective international clubs due to injury, with Lingard not receiving a call-up to the Three Lions.

Marcus Rashford withdrew from the England squad with a knock, Anthony Martial was sidelined from France’s first two qualifiers with a knee injury, and Romelu Lukaku could not contribute to Belgium’s first Euro matches with a foot injury. Alexis Sanchez remains a longer-term injury absence due to a knee injury.

Watford (12-7-11) did what United could not before the international break as they booked passage to Wembley for their second FA Cup final appearance in four years following their 2-1 victory over Crystal Palace.

Substitute Andre Gray’s goal on 79 minutes proved to be the difference as the Hornets will face Wolverhampton – the team they are battling for seventh in the table in a bid for a potential Europa League spot should winning England’s oldest trophy fail to happen.

The good news for Watford boss Javi Gracia is the international break allowed left back Jose Holebas to recover from the knock that forced him off at halftime versus Crystal Palace. Gracia, though, will be thinner at midfield with ex-United player Tom Cleverley unavailable due to injury.

“Holebas is available for the next game,” Gracia told the club’s official website Thursday. “He has been a very important player for us this season. We hope he is as important in the rest of the games we have to play. His experience, his commitment is important for the team.

“With Tom injured we have to find another midfield option,” he added. “Always it is bad news to lose a good player, but we have other good players waiting for their chances. Domingos (Quina) and Chalo (Nathaniel Chalobah) are training really well and they are ready to show their level.”

United held on for a 2-1 victory at Vicarage Road in the reverse fixture, riding goals by Lukaku and Chris Smalling three minutes apart late in the first half. Gray pulled one back on 65 minutes for Watford, who were denied a late point when Christian Kabasele’s late shot was stopped by a diving David De Gea.

Watford are 1-0-10 in Premier League play versus United, with the lone victory coming at home in 2016. The Hornets have been outscored 12-1 in five top-flight defeats at The Theatre of Dreams, and are scoreless in 382 minutes there since Richard Johnson’s consolation marker in a 4-1 defeat in 1999.