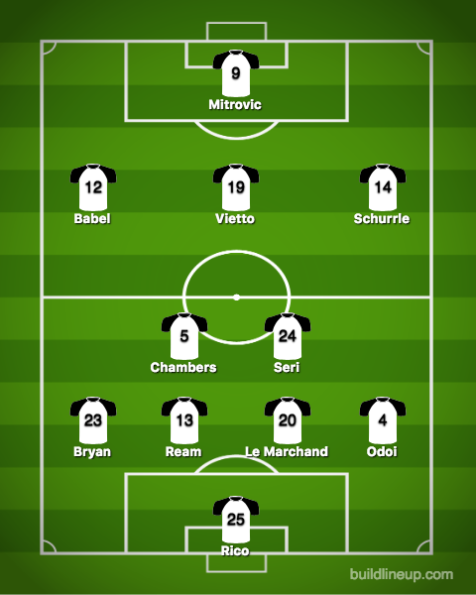 Manuel Pellegrini won a title with Manchester City in 2014, and the manager City supporters warmly refer to “as this charming man” will make his first return to the Etihad on Tuesday since his departure following a runners-up finish in 2015. In his first season at West Ham United (9-6-11), the Chilean has the Irons comfortably mid-table as thy enter this contest 10th in the table on 33 points.

Pellegrini’s team, though, is winless in five matches in all competitions (0-2-3). They have picked up points in back-to-back league contests, nicking a point versus Liverpool and then settling for one at Crystal Palace with a 1-1 draw on Feb. 10. Mark Noble staked West Ham to a lead from the spot in the first half, but Palace grabbed an equaliser on 76 minutes when Wilfried Zaha’s shot took an unfortunate deflection off Hammers defender Issa Diop.

Right back Ryan Fredericks is hoping he can retain his spot for a third straight match as West Ham play his former team. Fredericks was a key component of Fulham’s drive to promotion from the Championship last term and appeared in 114 matches for the Cottagers over the previous three seasons.

“Of course, I’d love to start on Friday night as I’ve got a lot of good memories and a lot of good friends from my time at Fulham,” he confirmed to West Ham’s official website. “Obviously, it’s not going too well for them at the moment, but I’ve changed teams now and my loyalties are firmly with West Ham.

“It would be great if they could get out of trouble, but I’ve got more important things to worry about for myself than my old club.”

One player hoping to be back in the starting XI is striker Marko Arnautovic, who was a second-half substitute at Crystal Palace after Pellegrini retained his lineup from the draw against Liverpool. The traveling supporters appeared indifferent to the Austria international’s introduction at Selhurst Park, and Arnautovic has not played at home since his near-move to China during the January transfer window.

As Pellegrini and the Irons inch closer to safety, Fulham (4-5-17) and Claudio Ranieri continue to fight for any and all points in their bid to avoid the drop and a direct return to the second tier. Ranieri, most famous for guiding Leicester City to the 2015 Premier League title, has been unable to find the best 11 since his in-season arrival who can help the Cottagers overcame the daunting nine-point gap to safety with 12 matches remaining.

Fulham have lost back-to-back matches and six of their last seven overall following a 3-0 home loss to Manchester United on Feb. 9. The Cottagers conceded twice in a nine-minute span before the match was a half-hour old, and they never recovered as their goal difference slipped to minus-33, a mark better than only last-place Huddersfield Town.

“I wanted us to stay calm and then we could still get the opportunity to play and find the solution to draw the match, but my players were very, not anxious, but they wanted to score immediately to draw the match,” Raineri told Fulham’s official website. “But against big teams it’s difficult, and we conceded on the counter attack. And at that point it is more difficult because Manchester has champions in the squad, they slowed down the tempo, kept possession of the ball.

“When you play against Manchester United, City, Chelsea, Liverpool, you can lose, but the experience is important, you understand where you made mistakes. That’s important.”

One of the problems is Fulham have shown too infrequently they have learned from those mistakes. The Cottagers have been horrid outside Craven Cottage, claiming just two points from 13 league matches while being outscored 32-8. Fulham have only one clean sheet on the road and have shipped at least to goals in 11 of those contests.

West Ham are going for the double after a 2-0 victory at Craven Cottage in mid-December. Robert Snodgrass and Michail Antonio scored 12 minutes apart in the first half – part of a season-long trend of misery for Fulham. The Cottagers have conceded 23 of their 58 goals in the first half-hour of the game, including 14 in the second quarter-hour.

Per Bet365, West Ham are solid 4/5 favourites to do the double and claim all three points, while Fulham are 7/2 underdogs to pick up three needed points. The odds of the sides splitting the points are 3/1.

Unsurprisingly, West Ham have the top five options for first goal-scorers, with Arnautovic leading the way at 9/2. He is narrowly ahead of Chicharito, Andy Carroll, and Lucas Perez — all at 5/1. Felipe Anderson is another step back at 6/1, and Mitrovic is Fulham’s top option at 13/2. He is grouped with West Ham’s Antonio, Manuel Lanzini, and Xande Silva.

For any-time scorers, Arnautovic again leads the line at 5/4. Chicharito, Carroll, and Perez are all 7/5 choices, and Anderson lurks at 7/4. Mitrovic and the Irons trio of Antonio, Lanzini, and Silva are all 15/8 options.

Though it seems nothing is ever without drama when it comes to West Ham, this game is as straight forward as it gets for Pellegrini’s side. Arnautovic likely will be restored to the starting XI, and the interaction between crowd and mercurial Austria international has the potential to be a talking point.

Still, as Ranieri has lived up (or down) to his Tinkerman moniker, Fulham have yet to find the defensive answer as their runway to avoid relegation grows shorter with each passing match. They are nine points from safety because any sort of finish tied for the bottom three will result in relegation given their horrid goal difference. Fulham likely need 18 points just to consider survival, and that may be too big an ask considering they have shipped 10 more goals than the second-worst side in the league.

This is an important week for West Ham, more so Pellegrini as he makes his return to Manchester City mid-week. There is still fondness for his work at the Etihad, though it is also clear the reigning champions have both moved on and evolved since his successor Pep Guardiola has stalked the coaches’ box. This is a match that could provide momentum for Wednesday, when they could catch City having a Carabao Cup hangover.