A first Premier League title was never going to come easy for Liverpool.

Having been dragged back into a title race, the Reds look to go back atop the table as they play their match in hand Saturday at Anfield versus a Jekyll-and-Hyde Bournemouth side. 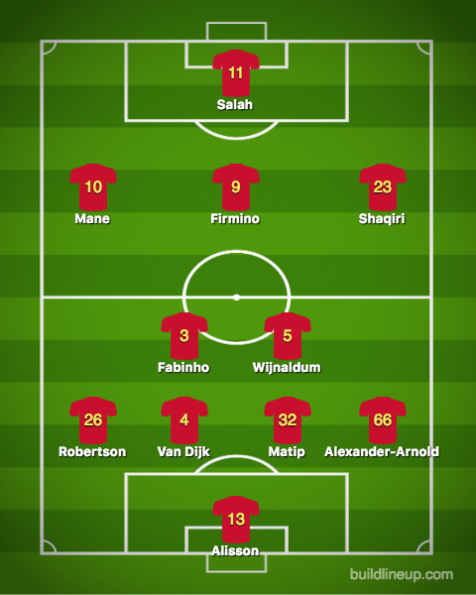 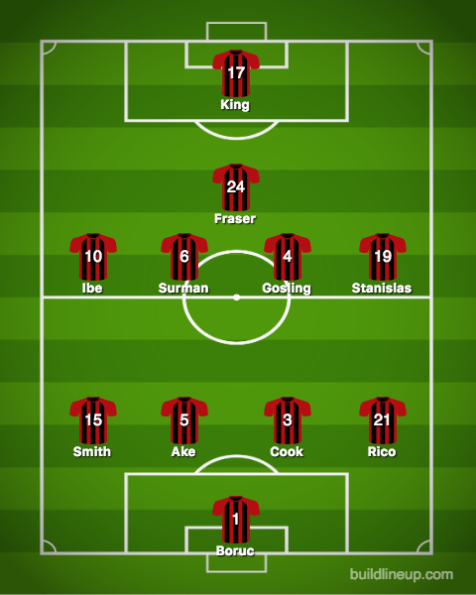 Jurgen Klopp’s team had their chance to turn this race into a canter in the first match of the calendar year, having an opportunity to move 10 points clear of reigning champions Manchester City if they could win at the Etihad.

Liverpool (19-5-1) failed to do so, having their lead atop the table cut to four points with that 2-1 defeat. While it took City six matches to erase the rest of that deficit, they did so with a 2-0 win midweek over Everton in a match rescheduled because Pep Guardiola’s side are in the Carabao Cup final. The victory put City level with Liverpool on 62 points but ahead of the Reds on a plus-48 goal difference, seven better than the Merseysiders.

The result added another layer of pressure on the Reds, who are trying to avoid a three-match winless spell for just the second time this season after playing back-to-back 1-1 draws against Leicester City at home and West Ham United on the road. Despite the rising volume of noise around the side between City’s fight back and dropping four points, Liverpool goalkeeper Alisson insisted the club are solely focused on themselves.

“Our pressure is the same. We take things game by game without worrying about what our opponents are doing,” the Brasil international told Sky Sports. “Everyone wants to win this league but at Liverpool our concern is winning games and not dropping points.

Liverpool’s usual prolific offence have been starved of goals save Sadio Mane, who has provided the scoring in the last two matches and tallied in Liverpool’s last three overall. Klopp vacillated between his 4-2-3-1 and 4-3-3 formations in the two draws, opting for the latter against the Irons.

Another concern for Liverpool have been injuries. Regular midfielders Jordan Henderson and Giorginio Wijnaldum were late scratches versus West Ham due to knocks picked up in practice, and Klopp continues to rotate midfielders at right back waiting for starter Trent Alexander-Arnold to return from injury.

The 20-year-old – as well as Henderson and Wijnaldum – was with the first team at practice this week, though centre back Dejan Lovren is expected to miss a fifth straight match due to a hamstring injury suffered in last month’s FA Cup loss at Wolverhampton. Third-choice option Joel Matip has been booked in his last two starts, and Klopp has the option of dropping defensive midfielder Fabinho into a pairing with Virgil Van Dijk like he did at Brighton and Hove Albion last month.

Bournemouth’s rollercoaster ride to comfortable mid-table status means no one truly knows which version of Eddie Howe’s side will show up at Anfield. It could be the one that ruthlessly tore through Chelsea for four second-half goals less than a fortnight ago, or it could be the one that was torn to ribbons 5-0 at Wembley versus Tottenham Hotspur or 4-0 at home in the reverse fixture to Liverpool in December.

The common theme for the Cherries (10-3-12) as it pertains to Liverpool is they will play both matches without top striker Callum Wilson, who will miss his third consecutive match with a knee injury. His absence, though, does not explain how Bournemouth went from irresistible to insipid in a span of five days as they followed up their famous win over Chelsea with a clunker at relegation-threatened Cardiff City in a 2-0 defeat last weekend.

Bournemouth conceded a first-half penalty when Steve Cook was whistled for a handball, and any chance of grabbing a point went by the wayside after conceding 13 seconds after the second-half kickoff.

It’s hugely disappointing as we really wanted to build on what we’ve done. We thought the Chelsea game could’ve been a turning point for us and we’re really searching for consistency,” Howe admitted to the club’s official website. “We’ve never felt like we’ve got that, we go away from home and we feel really disappointed today.

“There’s time to reflect and focus on Liverpool but to sort out our inconsistency is the biggest challenge. We can’t play like we did on Wednesday then play like we did today – the mental side was a factor today.”

Compounding their woes heading into this game will be the absence of playmaker David Brooks, who is expected to be sidelined until March with an ankle injury suffered in the win over Chelsea. The summer signing from Sheffield United gave Bournemouth flow through the middle of the park, and he had a goal and two assists in the two victories before last weekend’s defeat.

The absences of Brooks and Wilson puts more of the scoring onus on Joshua King, who had bagged three goals in the previous two matches, and winger Ryan Fraser, who has not factored on a goal in Bournemouth’s last five contests in all competitions. Bournemouth will also be unable to play Liverpool loanees right back Nathaniel Clyne and forward Dominic Solanke against their parent club.

Liverpool are seeking their second straight double over Bournemouth, having piled up 11 goals without reply in the last three meetings. Salah had a hat trick around an own goal by Cook in December and has accounted for six of those 11 tallies.

Per Bet365, Liverpool are heavy 1/5 favourites to reclaim their spot atop the Premier League table, while Bournemouth are 11/1 underdogs to pull off a shock scoreline without two of their best offensive options. The odds of the Reds playing to a third consecutive draw are 6/1.

Given Bournemouth’s struggles against Big Six sides save their 45 euphoric minutes versus Chelsea, oddsmakers are expecting goals and offering 2/5 odds to clear the 2.5-goal threshold compared to 2/1 odds to stay under. The odds of one clean sheet being posted are 4/5, just better than the 19/20 offered for both teams scoring.

All told, 11 Liverpool outfield players are listed as options for a first goal-scorer before King at 16/1 for Bournemouth. Salah leads the line at 11/4, while Mane is fourth at 9/2 despite accounting for the Reds’ offence in the last two matches. Between the pair are Daniel Sturridge (3/1) and Divock Origi (4/1), with Firmino also a 9/2 pick and Xherdan Shaqiri an 11/2 pick.

Salah is a 4/7 pick to score a goal over the course of the 90 minutes and continue tormenting Bournemouth, while Sturridge (4/6) and Origi (10/11) are also both better than even money. Mane and Firmino are just off that standard at 21/20, while Shaqiri is tabbed at 13/10. King is a 9/2 pick for the Cherries, with Stanislas a few steps back at 11/2.

With Bournemouth missing three regulars in Wilson, Brooks and Clyne, it is hard to envision a road where the Cherries can come up with a point. Granted, it will not hurt them all that much since they are part of that narrow band of mid-table teams separated by six points, but there is always the want of a side like Bournemouth to at least have a sporting chance to punch above their weight for a moment of magic like they did versus Chelsea.

Ok, now back to reality. Simply put, Liverpool need to win this match, and win it convincingly. They have not looked their best in drawing these last two contests, and it can be argued Mane’s goal against West Ham should have been chalked off for offsides. Injuries are a part of life, and Clyne’s departure has been a point of contention since at the very least a right back would have been playing right back as opposed to the musical chairs of converted midfielders Klopp has been utilising in James Milner and Adam Lallana.

Even if Alexander-Arnold is on the bench for this match, it could conceivably raise team spirits, though not as much as a goal from Salah against a team he has made a killing against in the previous three matches. This is a back-to-basics game against Liverpool with a perfectly suited opponent to help them do that since no one has ever confused Bournemouth with a catenaccio-like defence.

It may take a while for the Reds to cycle through the gears, but the hedge is they get the job done and show a little flair while doing so.