It is little more than a 90-minute formality, but Manchester City must complete the second leg of their Carabao Cup semifinal Wednesday at League One side Burton Albion to take another step closer to being the first repeat winners in nine years. 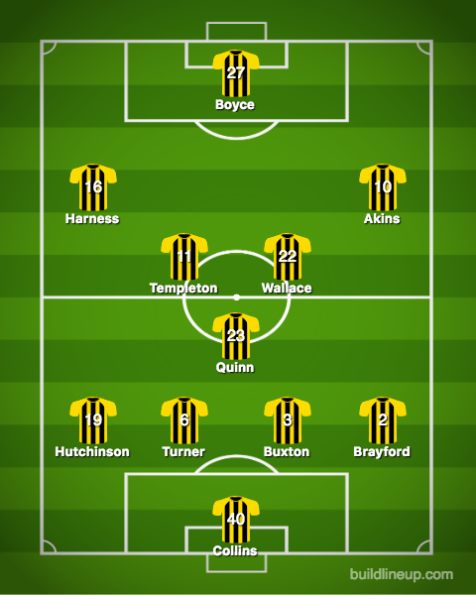 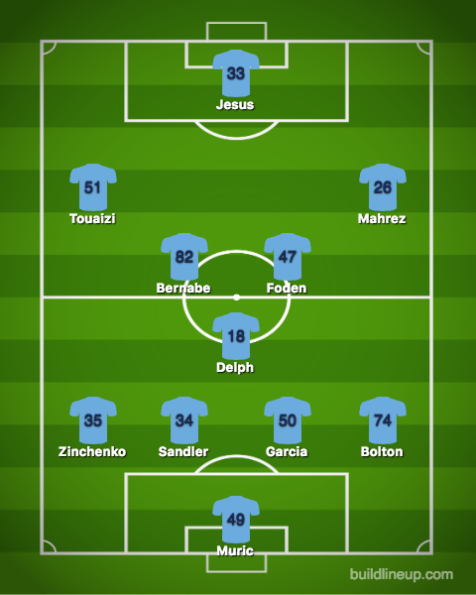 The reigning Premier League champions left no doubt about returning to the final in the first leg a fortnight ago, hammering Burton without remorse as Gabriel Jesus scored four times. By the time the final whistle mercifully came, the scoreline read “9-0” and City barely missed becoming just the third side to score 10 goals in a League Cup match.

It was the kind of performance that reminded all of City’s depth, talent and ruthlessness. David Silva, Leroy Sane, and Riyad Mahrez all recorded two assists. It was largely a second-choice team that put together a first-class result, one that Burton coach Nigel Clough could only note to The Times, “They don’t just beat you, they annihilate you.”

Manchester City have since recorded back-to-back league wins by 3-0 scorelines, first against Wolverhampton and most recently at Huddersfield Town on Sunday. The Citizens tore open a resolute Terriers defence with two world-class buildups for goals by Raheem Sterling and Leroy Sane two minutes apart early after intermission.

Danilo accounted for the other with his first goal of the season on 18 minutes as City enter this match having won six on the bounce with four consecutive clean sheets. They have not conceded in 386 minutes dating back to Roberto Firmino’s goal for Liverpool in City’s 2-1 victory on Jan. 3. Pep Guardiola’s team also cleared 100 goals in all competitions in the victory, with 27 of the 102 coming in this win streak.

“The way we played we didn’t deserve more than three goals,” Guardiola told City’s official website after they again moved four points back of Liverpool following the win at Huddersfield Town. “We will improve in the future. We have to demand more from ourselves in every game and do our best, but sometimes it’s difficult. They defended deep and man to man

“In the second half we were better, especially the first 15. Our rhythm was not quick enough in the first, but we would take that result.”

Guardiola will rotate a good portion of his side given the lopsided first-leg win, with the most likely entry into the starting XI being goalkeeper Aro Muric. Jesus and Mahrez, and are also strong possibilities along with Phil Foden and Oleksandr Zinchenko.

Manchester City are all but certain to be the first side to return to the League Cup finals since Manchester United successfully repeated as champions in 2010. Jesus has five goals in this tournament and needs one more to match the record for most City goals by a player in the League Cup — established by Alvaro Negredo and Edin Dzeko in 2013-14.

Burton Albion have gone winless in their two matches since being thumped by City, but they at least rediscovered their offence. The Brewers followed up a 3-2 home loss to Gillingham with a 2-2 draw at Doncaster Rovers on Saturday when John Brayford scored a 90th-minute equaliser.

Brayford, who also opened the scoring for Albion in the eighth minute with his first goal for the club since 2008, offered plenty of praise for talisman Jake Buxton, whose ability to win first headers gave Brayford the chance to score on both occasions.

“Jake is brilliant, he is a great captain for this football club. It is not just what you see on the pitch, it is off the pitch as well. He is the man between the gaffer and the lads, he reiterates what the gaffer wants,” Brayford told the club’s official website.”

“He leads us really well on the field, with his organisation and everything. I got my goals (against Doncaster), but I wouldn’t have if Jake had not won those first two headers and he did the same at Rochdale for Marcus Harness.”

Burton, who have one win in their last six matches in all competitions (1-3-2), have been active in the January window and signed Colin Daniel to an 18-month deal Monday. He is primarily a defender, but also has played midfielder at various points. Daniel was at Peterborough this season and will provide depth behind Reece Hutchinson at left back.

The Brewers have won their last two home matches against Premier League opposition, defeating Queens Park Rangers in the 2014-15 League Cup and Burnley in this term’s run to the final four.

Per Bet365, City are 1/7 favourites to claim a second-leg win while advancing to the final. The odds of a draw are 9/1, while Burton are 18/1 underdogs to claim a historic result that would bring some justified pride to the underdogs.

After City ran up the goal count, there are 1/4 odds for there to be at least three goals in this contest compared to 3/1 odds on the teams finishing with two or less. In one play that may be a surprise, there are 4/5 odds on both teams scoring compared to 19/20 odds on at least one clean sheet being recorded.

Though he may not play after logging the full 90 at Huddersfield Town, Aguero is still the leader of the first goal-scoring options at 9/4. Jesus is a 3/1 option while Sane and Sterling check in at 9/2 to make it 0-1 to the visitors. Mahrez is a 5/1 option, with Silva and Kevin De Bruyne another step back at 15/2. Liam Boyce is the top pick of the hosts at 12/1, with Lucas Akins further back at 16/1.

There’s not much to break down here. City will rotate their side, still likely rack up more than a few goals and play with the hope no one gets hurt. Burton Albion will play with the pride that comes with being hosts and perhaps take the game to City with an adrenaline-charged 15 minutes to open the game before the match returns to its rightful expectations.

The only mystery is whether Benjamin Mendy gets a late runout after returning to practice this week having been sidelined since mid-November with a knee injury. As a stateside observer, City’s potential XI has the feel of a spring training baseball lineup with all the high kit numbers.