After arguably turning the Big Six into the Big Five, table-toppers Liverpool get a jump start on the holiday fixtures Friday night as they face a surging Wolverhampton side looking for their fourth win on the bounce. 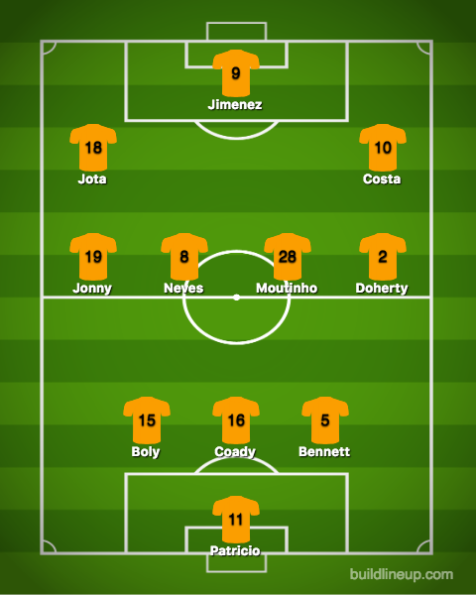 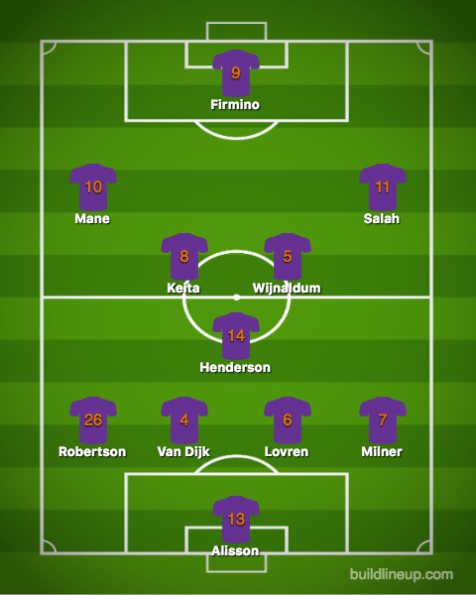 Dominant for most of the match but still leaving it late, Liverpool (14-3-0) continued their unbeaten start and remained one point ahead of reigning champions Manchester City with a 3-1 victory over Manchester United on Sunday. Jurgen Klopp opted for his usual 4-3-3 formation to start the match, but it was his introduction of Xherdan Shaqiri in the 70th minute that made all the difference.

The Switzerland international, a bargain signing in the summer window from relegated Stoke City for £17 million, bagged a brace in seven minutes shortly after his introduction as his goals in the 73rd and 80th minutes took deflections off United defenders and wrong-footed keeper David De Gea both times.

Shaqiri has five goals in league play, and is averaging a marker every 112.2 minutes – the best mark of any Liverpool player domestically. Sadio Mane scored the other goal, providing a quality finish on 24 minutes after Fabinho lobbed United’s back line to find the Senegal international.

Klopp, though, is not dwelling on the win that increased the gap between Liverpool and United to 19 points and contributed to Jose Mourinho getting the sack Tuesday. Instead, he was full of praise for Friday’s opponents, noting how Wolves (7-4-6) have reinvented themselves to a degree after winning promotion.

“That is an outstanding project,” Klopp said at his news conference. “What they did last year in the Championship, I’m not sure that happened too often, the way they played. Usually in the Championship you go up with this kind of old-school British football; it’s a tough league and it makes sense to do it. I think the only two teams in the last few years who did it differently were Huddersfield and Wolves.

“It’s really unbelievable what they did. Then they brought in a lot of players again and it needed a bit of time so everything fits. Now they are really strong. We have (to) go there and really be at our best again. They do a really good job.”

Liverpool will again be without starting right back Trent Alexander-Arnold, who is expected to be out until the new year with an ankle injury. Nathaniel Clyne is again expected to get the start there in the Reds’ back four.

Midfielder James Milner, who sat out Sunday after tweaking his hamstring in the Champions League win over Napoli, is expected to be available for selection and could even slot in at right back after Klopp used him there in Liverpool’s 4-0 win at Bournemouth earlier this month.

Wolverhampton are enjoying their first three-match winning streak in the Premier League in club history and have climbed to seventh in the table on 25 points, one back of Manchester United. Nuno Espirito Santo’s side have shown they will not back down against the league’s best and have taken six points (1-3-1) from the Big Six as they complete their first go-round against the Premier League’s evergreens.

Wolves are coming off a 2-0 victory over Bournemouth last weekend in which Raul Jimenez scored in the 12th minute before Ivan Cavaleiro saw off the three points with a stoppage-time strike to finish off a counter. The new boys have won back-to-back matches at Molineux, where they are 4-2-3 in league play.

“I truly believe that you have to take things as they come – keep on going, keep on believing in the daily work that you do, the way you want to do things, how you want to play,” Nuno told the Express & Star as he praised his team for bouncing back from a rough run of results against teams below them in the table. “There were difficult moments, but we didn’t go off track. We kept going and sometimes those moments make you realise more, think more and try to find more solutions.

“The boys, clearly, their character and acceptance of things were amazing. Even bad moments can make you stronger. That is what I’m seeing now. I’m very proud.”

Wolves have one huge injury concern as Diogo Jota, who has two goals and an assist in the last three matches, is trying to shake off a hamstring injury that forced him off at halftime versus Bournemouth. Nuno could turn to teenage starlet Morgan Gibbs-White for a second consecutive start, giving the young England midfielder a surprising amount of freedom last weekend playing a three-quarters role in Wolverhampton’s 3-4-1-2 set-up.

Jimenez has also been productive of late with three goals and an assist over his last seven matches. The Mexico international is on loan from Benfica, and with each passing performance, supporters are increasingly calling for Wolves to exercise an option to buy him for an estimated £30 million.

This is the first meeting between the sides since Wolves stunned Liverpool 2-1 at Anfield in the fourth round of the 2017 FA Cup as Helder Costa set up first-half goals by Richard Stearman and Andreas Weimann before surviving a late Liverpool fightback that included a goal by Divock Origi.

Liverpool are 5-2-1 versus Wolves in the Premier League era and 2-2-0 at Molineux. Wolverhampton’s lone league triumph was a 1-0 victory at Anfield in 2010.

Per Bet365, Liverpool are solid 1/2 favourites to claim all three points and keep the pressure on Manchester City to match their win. The odds of Wolves nicking a point and continuing their fine run of results against the best of the Premier League are 7/2, and the hosts have 5/1 odds to deal Klopp’s team their first league loss.

Oddsmakers are split on the 2.5-goal threshold, offering 10/11 odds on both sides of the fence. There are also better odds for there to be one clean sheet in this match at 4/5 compared to 19/20 for both teams to score.

Unsurprisingly, Mohamed Salah leads the line for first goal-scorers, with the Egypt international a 3/1 choice to give Liverpool the lead. He leads a list of seven Reds players as understudies Daniel Sturridge (7/2) and Origi (9/2) round out the top three and are joined by expected starters Mane and Roberto Firmino — both at 5/1.

The hero of Sunday’s match, Shaqiri is a 6/1 listing to create a 0-1 scoreline, and Liverpool teenager Rafael Camacho also sneaks onto the toteboard at 15/2 before Jimenex emerges as Wolves top option at 9/1. Liverpool’s Adam Lallana and Wolverhampton’s Leo Bonatini are both 10/1 options, while Jota is an 11/1 choice.

The theory that Wolverhampton play better against technical sides gained plenty of steam with their win over Bournemouth, though much of their performance in this game could ride on the availability of Jota, who has enjoyed his best stretch of play this season.

Wolves also had one other huge positive from last weekend’s win as Jonny made an earlier-than-expected return from a knee injury suffered on international duty with Spain. The midfielder, who forms a potent combination with Ruben Neves on the left side of Wolverhampton’s four-man midfield, came back two weeks earlier than expected and got through the 90 minutes unscathed.

If Jota cannot go, it could mean a start for Cavaleiro or Adama Traore, though it may make sense to start Traore and give Liverpool left back Andrew Roberston something to think about with his pace.

Wolves’ four-man midfield makes the lean for Liverpool to use a 4-3-3 formation as Jordan Henderson will likely make his return in the middle of the park. It is also expected Milner will be preferred to Clyne at right back, which could make for an interesting match on that side of the pitch against Jota or potentially Traore.

As Shaqiri provides a solid option off the bench, getting Roberto Firmino on track has to be a priority for Liverpool. The Brasil international was thought to have turned a corner when he scored against Burnley and had an assist versus Bournemouth, but he was largely anonymous against both Napoli and United last weekend. Firmino could be the X-factor who keeps Liverpool atop the table as Manchester City get closer to full strength with the turn of the new year.

Klopp offered a solid amount of praise for Wolves, which means he is definitely taking them seriously, and with good reason. Wolverhampton have six of the 17 points accumulated by the “Other 14” against the Big Six opponents, and to put that discrepancy in greater perspective, consider that Southampton’s victory over Arsenal last weekend was just the fourth in 67 such matchups (4-5-58) this term.

This has the feel of a subtly cagey match, but this may be a case where Liverpool have too much firepower as well as the wide talent to shut down Wolves on the flank.