The past and present for both Marco Silva and Richarlison collide as the current Everton manager and star forward face Watford for the first time since Silva’s acrimonious departure during last season and Richarlison’s contentious move to Goodison Park over the summer. 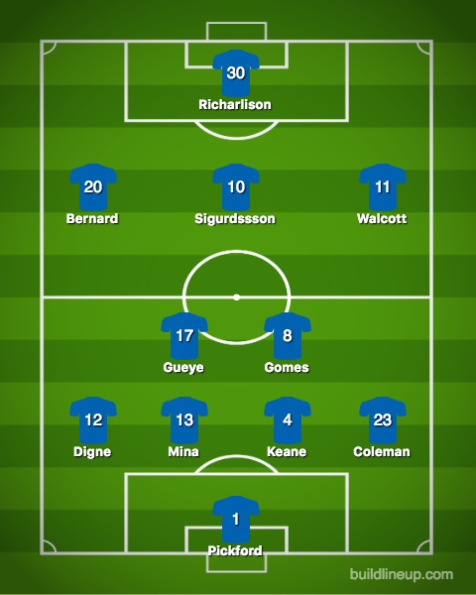 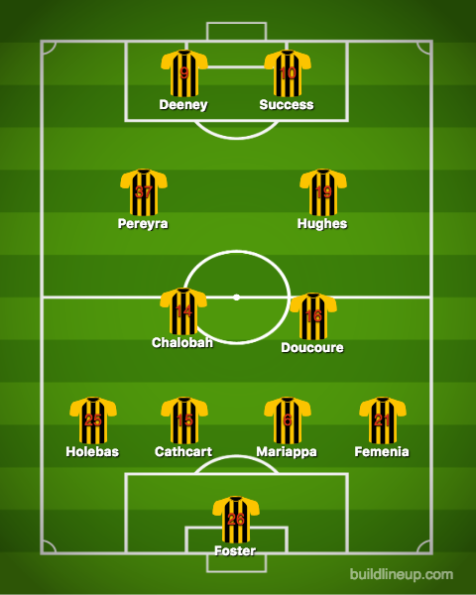 Watford (6-2-7) looked to be on their way to a promising season under Silva last tern, claiming 15 points from their first eight matches while climbing as high as fourth following a 2-1 victory over Arsenal on Oct. 14. At Everton (6-5-4), the Toffees were coming apart at the seams as Ronald Koeman was unable to follow up on a promising seventh-place finish from 2016-17 – Everton endured a disastrous Europa League adventure and their defence was porous.

Nine days after the Hornets reached their highest position in the table, Everton fired Koeman after a 5-2 hiding at home by Arsenal that dropped them to their worst spot – the top of the drop. Everton actively pursued Silva, incurring the ire of Watford owner Gino Pozzo, who rejected the Merseyside club’s overtures on multiple occasions even as they raised their offer to £12 million.

Watford eventually sacked Silva in January after the club had fallen off their torrid start and were in 10th place after a 2-0 defeat to Leicester City, replacing him with current boss Javi Gracia. Pozzo cited Everton’s interest in Silva as a primary reason for the backslide and filed a complaint with the Premier League.

To no one’s surprise, Silva was named Everton manager on May 31 shortly after they parted ways with caretaker boss Sam Allardyce, who did guide them to an eighth-place finish. Over the summer, Everton then reunited Silva with the 21-year-old Richarlison in July for £35 million – a figure inflated by the animosity between the sides and one that could also reach £50 million with add-ons.

“It is not the first time in my life and for sure it will not be the last,” Silva told the Watford Observer about facing his former side. “I look forward to the match, a tough match for sure, and it will be good to see some of the players who worked with me, some good friends as well I have in the club.”

Everton have claimed points in four of their last five matches after playing Newcastle United to a 1-1 draw midweek. Richarlison scored the equaliser on 38 minutes for his seventh goal – two more than he had at Watford all of last term while netting those goals in their first 12 matches – but offence has been a concern for the Toffees, who have just two goals in their last four matches.

The struggles prompted a post-match query to Silva if Everton would pursue a forward in the January transfer window, a question he deftly sidestepped.

“I understand your question, but how many clubs are trying to find one striker to score more than 20 goals, or 25 goals, or 30 goals,” he mused. “I think it’s a question at the moment for all the managers in the Premier League.

“I am happy with the players we have. Of course we are doing our homework. We know what we want to do as well.”

For the second straight season, Watford have faded to a degree after a strong start and have just two wins in their last 11 league matches (2-2-7) after claiming the maximum 12 points from their first four contests. The Hornets have dropped three on the bounce but gave Manchester City all they could handle midweek before losing 2-1 at Vicarage Road.

Abdoulaye Doucoure gave Watford hopes of nicking a point from the reigning champions with a goal on 85 minutes, but the Hornets were unable to find an equaliser despite throwing everyone forward – even keeper Ben Foster. For his part, Foster does not think there is any on-pitch animus towards Silva among his teammates, but did note there is a different atmosphere.

“I am sure it will have an impact from the club’s point of view in general,” Foster said. “But it is not something me personally or any of the players out on the pitch on Monday night will be thinking too much about.

“We will just be focusing on the job as usual, go about the game as we normally do and try to get the three points and hopefully we can put on a good display.”

Like Everton, Watford have endured their troubles generating offence with just two goals in their last five contests. They have not gotten a goal from a striker since Isaac Success completed the scoring in their 3-0 victory over Huddersfield Town on Oct. 20.

Watford had their second appeal of the straight red card given to defensive midfielder Etienne Capoue denied Sunday, meaning he will sit out this match and the Hornets’ next contest at home versus Cardiff City on Saturday. Capoue was sent off following his collision with Leicester City’s Kelechi Iheanacho on Dec. 1, but the team felt the three-match ban was too severe and filed a second appeal citing Rule K of the Rules of the FA.

“The Rule K arbitration proceedings which #watfordfc commenced against The FA have now been concluded & the outcome is the original 3-game ban has been upheld,” the team said in a statement released via Twitter. “We remain extremely disappointed at the process & this decision but now consider the matter closed.”

Nathaniel Chalobah will likely get his second consecutive start alongside Doucoure in the defensive midfield of Gracia’s 4-2-2-2 set-up.

The home team won both matches last term, with Everton engineering a fightback from two down in the final 23 minutes for a 3-2 win in the corresponding fixture as Oumar Niasse and Dominic Calvert-Lewin scored before Leighton Baines converted a penalty on 91 minutes.

Richarlison and Christian Kabasele scored for Watford, who have taken just one point from their five Premier League matches at Goodison Park while shipping 12 goals.

Per Bet365, Everton are solid 4/5 favourites to pick up all three points and extend Watford’s recent run of misery in this first Silva derby, while the Hornets are 4/1 underdogs. The odds of the sides splitting the points are 11/4.

Oddsmakers are torn on the proficiency of the sides’ offences, with 10/11 odds in both directions regarding the 2.5 goals threshold. There is a slight lean for both teams to score at 4/5 odds, slightly better than the 19/20 offered for at least one clean sheet.

Richarlison and Tosun lead the line for potential first-goal scorers at 9/2, with Dominic Calvert-Lewin a surprising third choice at 11/2 ahead of Theo Walcott (6/1), Gylfi Sigurdsson (7/1) and a trio of Toffees at 8/1 — Bernard, Ademola Lookman, and Kieran Dowell. Deeney is also in that group at 8/1 for Watford’s top option, with a trio of his mates — Success, Gray and Stefano Okaka all at 9/1.

Tosun and Richarlison are also joint-favourites for an any-time goal at 11/8, with Calvert-Lewin (7/4), Walcott (15/8) and Sigurdsson (9/4) rounding out the top five. Deeney is again the best of the bunch for the Hornets at 13/5, with Success, Gray and Okaka all behind him at 3/1.

Since the animosity that fuels this intriguing match is consigned largely to the executive boards of these two sides, it is hard to imagine it will be an ill-tempered affair, but one never truly knows. But there is one thing clear about this contest: Everton need a win here ahead of their mini two-match gauntlet at Manchester City and home to Spurs since those contests could go a long way to determining if the Toffees do indeed have European ambitions.

The expectation is Silva will return to the customary 4-2-3-1 in which Richarlison leads the line after slotting him on the wing to give Cenk Tosun some run up front versus Newcastle. Theo Walcott will likely return on the right flank, and the only other question mark is whether Kurt Zouma will get a second consecutive start with Michael Keane expected to be restored to the first XI.

Watford will miss Capoue, but there were positives to be had from their late flourish versus Manchester City. How the Hornets carry that into this match will be key to halting their recent slide. It also means their left side tandem of Jose Holebas and Roberto Pereyra have to provide menace on the offensive side to get Gracia’s team to kick on.

While the Toffees have not been in a purple patch themselves offensively, they have been effective on defence with three clean sheets in their last eight league contests while allowing more than one goal just once in that stretch. This time, that airtight quality gets them three points and a nice fillip ahead of their trip to the Etihad to face Manchester City.