St James’ Park has not been a happy hunting ground for no one tied to Newcastle United this season – not for owner Mike Ashley, manager Rafa Benitez, nor the players and supporters. The Magpies look to stop the bleeding and pick up their first home point of the season Saturday when they host a resurgent Watford side. 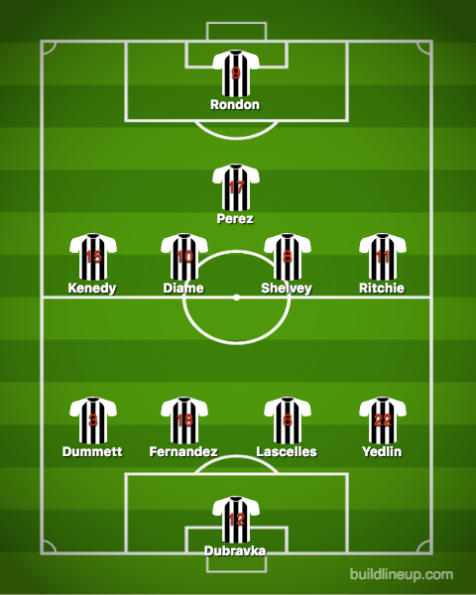 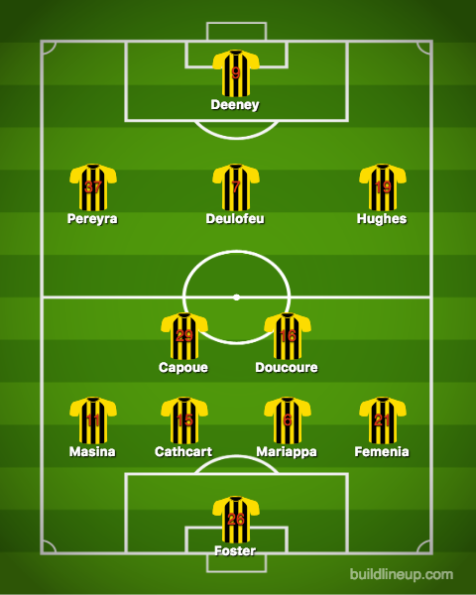 Newcastle (0-3-7) are ahead of the only other winless team in the top flight – Huddersfield Town – on goal difference. The Magpies have lost four of their five matches at home by one goal, with three of those coming against the “Big Six.” They have yet to lead at St James’ Park and have been ahead for just 69 minutes combined in all their competitions.

That has taken a toll on all parties involved on Tyneside, with Benitez saying Newcastle had to “find three teams worse than us” following the last home loss a fortnight ago to Brighton and Hove Albion. Some of the discontent was soothed in the form of a scoreless draw at Southampton last weekend, but the Magpies’ woes up front were again laid bare as strikers Yoshinori Muto and Salomon Rondon failed to find an answer against an organised Saints defence and Newcastle failed to register a shot on target.

The struggles have led to more fan discontent, as Magpie Group supporters are planning protests for two home matches in December. Benitez is trying to act as peacekeeper between supporters and players knowing the former prefer him over Ashley, while the latter continue to hold him in the highest respect.

“Our fans are quite clever,” Benítez told The Times. “They know where we are, they know the situation. What they expect is a team that works really hard. You could see them cheering and supporting the team until the end. They appreciate that. At the same time, everybody – the manager, the players – wants to see good players playing well. But they know that is not the case. What they have to do and are doing already is to support the team.”

This is the portion of the schedule where the Magpies must make hay – they played five of the “Big Six” in their first eight matches, and they do not face Liverpool until a Boxing Day visit to Anfield. The fact Newcastle were second-best for most of the match against Southampton and still able to earn an away point gives Benitez optimism his side can turn the tide.

“It means sometimes when you don’t play really well you can still get something,” Benítez said of their schedule. “Against the top sides, if you don’t play well normally, you lose. But with the other teams . . . you could see today without playing very well we could get a draw. We have to be mentally strong, carry on and in January if we are in a good position we can hopefully improve and see what we need.”

Rondon’s return after a three-match absence due to a thigh injury makes him a likely candidate to supplant Muto and lead the line in Newcastle’s 4-4-1-1 set-up. The Magpies have not scored at St James’ Park since Ciaran Clark’s stoppage-time goal in a 2-1 loss to Arsenal on Sept. 15, and they’ve gone 260 minutes without a marker since Muto’s goal gave Newcastle United a 2-0 lead at Old Trafford in a 3-2 defeat Oct. 6.

Watford (6-1-3) enter this contest seventh in the table, three points out of the top four and looking to win a third match on the bounce. The Hornets, who looked so irresistible in victories in their first five matches in all competitions and then so insipid in a five-match winless spell, have re-discovered the winning formula coming of the most recent international break.

Javi Gracia’s side followed up a 2-0 victory at Wolverhampton with a 3-0 romp at home past Huddersfield Town last weekend. Like the win over Wolves, it was a pair of quick strikes that set the tone as Roberto Pereyra and Gerard Deulofeu scored nine minutes apart before the match was 20 minutes in. The wins are all the more impressive considering first-choice striker Troy Deeney missed both with a hamstring injury.

With 19 points through their first 10 matches, the Hornets are off to their best start since the 1982-83 season, when they finished runners-up to Liverpool following promotion to the First Division under the late Graham Taylor. Gracia, though, is hellbent on keeping his players grounded and trying to simply get through each match without paying attention to history and the table.

“I don’t spend much time looking at the table. That is not good for us. It is better to be focused on the next game and try to do our best,” the gaffer told the club’s official website. “I don’t think we will be the champion. We are going to enjoy every game and make the supporters proud of us. We’ll see what we are able to do. In all the games, I am sure we are going to make a big effort to get the best results.”

Like the Magpies, Watford have a chance to make the most of this patch of schedule ahead of the next international break. The Hornets play at Southampton next week, and the Saints — like Newcastle — are struggling to score goals.

“I prefer to enjoy every game,” Gracia said. “I am very demanding and the best way to achieve a good future is to focus on the present and do our best. It’s our mentality to be demanding. I don’t send much time looking at the table or if we achieve a new record. We have many things to improve.”

Deeney should at least be available for this match, while Gracia has some decisions to make about his back line as first-choice regulars Jose Holebas and Christian Kabasele did not regain their spots after both served one-match bans in the win over Wolverhampton. Kabasele made a late runout against Huddersfield while Holebas was an unused substitute.

Watford did the double over Newcastle last term and have won five on the bounce against the Magpies in all competitions. The Hornets cruised to a 3-0 win at St James’ where Will Hughes and Andre Gray scored on either side of halftime and bracketed Newcastle defender DeAndre Yedlin’s own goal in first-half stoppage time.

There are four top options at 6/1 for first-goal honours — two belong to Newcastle in strikers Joselu and Rondon, while Deeney gets top billing for Watford. The “no scorer” option is a co-favourite at 6/1 odds. There are three Hornets just off the top at 13/2 — Andre Gray, Isaac Success and Gerard Deulofeu — along with Muto for the Magpies.

Joselu and Rondon lead the line for any-time goal-scorers at 9/4, narrowly ahead of Deeney at 23/10. The aforementioned Watford trio are listed at 12/5, while Muto comes in right behind them at 12/5.

What may be the most amazing thing about Newcastle’s woes at home is that the atmosphere is not totally toxic around St James’. That is a testament to Benitez walking the fine line with his supporters, who are booing the outcomes more than the players’ effort…and all the while loathing Ashley with the fury of a thousand suns.

But back to the pitch. Newcastle seem to lack the creativity and personnel to unlock the middle third of the pitch over the centre line. There are times Shelvey can pick off a gnat at 40 yards with a diagonal ball, but there are also times the Magpies simply cannot play the ball through the middle of the park. The goal Muto scored against Manchester United — coincidentally the last goal Newcastle have scored anywhere — are the kind of goals this side need to score to kick on this season and get out of the bottom three.

Yet for all the things Newcastle have not done and do not have through the first 10 matches, this is a winnable contest. Watford have played well in spurts in winning their last two games — goals within two minutes in beating Wolverhampton and two in nine minutes last weekend versus Huddersfield Town. It was enough to restore confidence to Gracia’s side, but in the bigger picture, the Hornets can be a team with designs on a top-half finish through Deulofeu as he grows in confidence and league-level match fitness.

Newcastle need any sort of break, but it does not seem likely it is going to happen here. The defence is fine, but until the offence catches up, it puts too much pressure on the back four to turn in another clean sheet. Watford right now have the flair and creativity to find that moment of magic, and it likely will only take one for a victory.