The health of star Egyptian striker Mohamed Salah has dominated the talk surrounding the Pharaohs’ return to the World Cup after a 28-year absence ahead of their Group A opening match against Uruguay on Friday at Ekaterinburg.

Salah, who set a 38-match English Premier League record with 32 goals while helping Liverpool reach the Champions League final, has been trying to recover from a left shoulder injury suffered in that 3-1 loss to Real Madrid on May 26. He fell awkwardly after tangling with defender Sergio Ramos in the 25th minute and was forced to exit a few minutes later.

The charismatic 25-year-old, expected to be a Ballon d’Or finalist in addition to winning the PFA’s Player of the Year award, has not played in Egypt’s run-up to the World Cup, and his status likely will not be determined until the Pharaohs break camp ahead of this match.

Salah caused a stir as he was photographed with Chechen leader Ramzan Kadryov at the team’s practice site over the weekend since the team’s training site is in Chechnya. The team’s headquarters in Grozny is also home to one of the largest Sunni Muslim mosques in Europe and was on the list of FIFA-approved sites given to participating countries.

Egypt, which had its World Cup hopes crushed by Ghana in a two-legged playoff four years ago in the final round of qualifying, gained a measure of revenge this time around by finishing atop a four-team group including the Black Stars. Salah accounted for four of the eight goals in those six matches, raising his international haul to 33 goals in 57 matches for the Pharaohs.

It will be Egypt’s third World Cup appearance overall and first since 1990, and it will also mark its first World Cup appearance outside Italy. The Pharaohs have yet to win a match in football’s biggest tournament, finishing last in Italy in a tightly contested group comprised of England, Ireland and the Netherlands in which five of the six matches ended in draws and seven goals were scored. Their other appearance was a first-round exit after a 4-2 loss to Hungary in 1934.

Uruguay is making its third consecutive World Cup appearance, having finished fourth in South Africa in 2010 and losing in the round of 16 to continental rival Colombia in Brazil four years ago. La Celeste were distant runners-up to Brazil in the always-rugged South American qualifying, finishing 10 points off the pace, but that was also their best result in qualifying since winning a three-team group as part of the 1990 process.

Oscar Tabarez, who is in his second go-round as Uruguay coach after taking over in 2006, has overseen 47 South American qualifying matches, the most of any coach on the continent. This will be his fourth World Cup appearance with La Celeste, having reached the knockout round in 1990 before losing to host Italy. 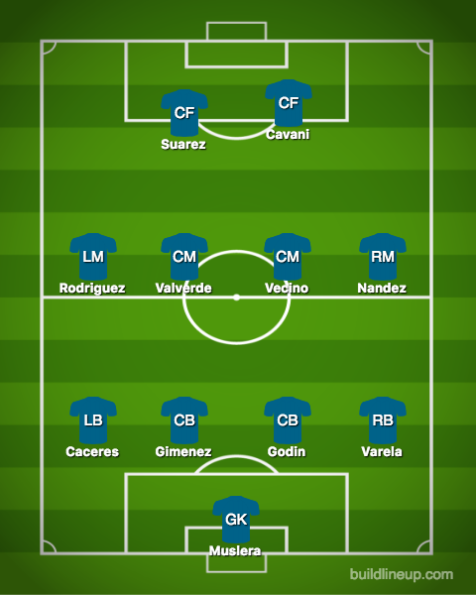 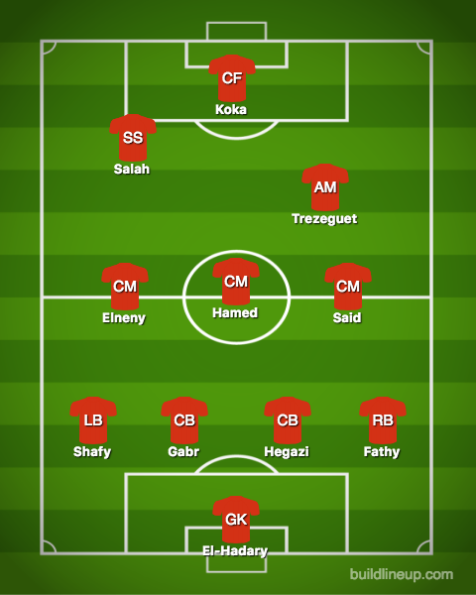 Uruguay has alternated between a traditional 4-4-2 set and the occasional 4-3-1-2 depending on Tabarez’s choice of personnel. If he goes with the midfielder behind Luis Suarez and Edinson Cavani, Giorgian De Arrascaeta is usually the choice to fill that spot at the expense of Cristian Rodriguez.

The central defense pairing of Diego Godin and Jose Maria Gimenez, who excelled in leading Atletico Madrid to the Europa League title in club play, are also one of the best tandems taking part in Russia. The key will be in midfield, where Inter Milan’s Matias Vecino will be counted on to provide distribution both wide and ahead to his lethal teammates Suarez and Cavani. The latter led La Celeste with 10 goals in qualifying and his 42 overall in international play trail only Suarez’s 51.

Uruguay has four players with at least 100 international appearances and two more, Suarez and keeper Fernando Muslera are in line to join Maxi Pereira (125), Godin (116), Rodriguez (105) and Cavani (101) during group play.

Egypt has shown a 4-3-3 formation at times, but it is more likely manager Hector Cuper will utilize a 4-2-3-1 set-up with Ahmed Hassan, a.k.a. Koka, charged with giving chase on long balls. Arsenal’s Mohamed Elneny likely will support the back line as a holding midfielder with Tarek Hamed. Where the Pharaohs will try to make hay is with their attacking line of Salah, Said and Trezeguet, with the last coming off an impressive club season with Kasimpasa in the Turkish Super Lig.

Between the sticks, captain and 45-year-old Essam El-Hadary will be the oldest player at the World Cup. His 158 international appearances make him one of two centurions for Egypt with defender Ahmed Fathy (126). The Pharaohs are also counting on a central defense tandem who play together at the club level as West Brom’s Ahmed Hegazi and Ali Gabr will try and repel Suarez and Cavani.

Without trying to be condescending, the primary goal for the Barcelona striker should be to stay on the pitch without any discipline problems after adding to his biting notoriety in group play following his incident with Italy’s Giorgio Chiellini in Brazil. In 2010, his deliberate handball on the goal line resulted in a direct red card but also helped Uruguay advance to the semifinals in South Africa after Asamoyah Gyan cannoned the resulting penalty kick off the crossbar.

Suarez, who is trying to become the 33rd player to score in three different World Cups, has five goals in his previous two appearances but also has missed two matches in the tournament through suspension.

When the whistle blows at kickoff, El-Hadary will become the oldest player to participate in a World Cup match, a record currently held by goalkeeper Faryd Mondragon, who backstopped Colombia at age 43 in 2014. El-Hadary took over the No. 1 spot at the 2017 African Cup of Nations as an injury replacement for Ahmed El-Shenawy and hasn’t looked back.

El-Hadary, nicknamed the “High Dam” as a play on Egypt’s Aswan Dam, made his international debut in 1996. By comparison, teammate Ramadan Sobhi was born the following year.

Uruguay midfielder Lucas Torreira is expected to move on from Sampdoria for next season, with Arsenal reportedly emerging as the likely destination. The Italian club values the 22-year-old at slightly more than £20 million as new Gunners boss Unai Emery looks to overhaul his midfield around holdover and Germany international Mesut Ozil.

Uruguay are 6-10 favorites to win this match, and Egypt are 11-2 underdogs to claim the three points. The odds of a draw are listed as 5-2. For first goal-scorers, Cavani and Suarez are joint-favorites at 13-5, and questions over Salah’s availability have pushed the Egypt striker down to 6-1, which are slightly worse odds than no one scoring (11-2).

Uruguay is expected to top this group, and if Salah is not available for the full 90 minutes for Egypt, its task of taking three points becomes slightly easier. One area where La Celeste could be dangerous is from out wide; 13 of the 18 goals the Pharaohs have conceded since Cuper took the reins originated on crosses, which is somewhat surprising given the Hegazi-Gabr partnership.

If Egypt has any designs on winning this match, it starts with Elneny and Hamed in the midfield, where they must win possession to start the counter. If they can link up with Trezeguet, who had 13 goals and six assists in the Super Lig, the Pharaohs have the potential to challenge Uruguay’s back four.

Even if Salah is on the pitch from kickoff, La Celeste have too much firepower for Egypt. Uruguay will also be keen to avoid duplicating its disastrous start from four years ago, when it was humbled 3-1 by Costa Rica without Suarez before recovering to beat England and Italy to reach the knockout round. Look for no such panic here as Uruguay claim the full three points with a 2-0 victory.

Egypt will trek to St. Petersburg to face tournament host Russia on June 19, while Uruguay will play Saudi Arabia at Rostov-on-Don the following day.